The latest Qs university rankings of 2015 are released! Melbourne has become the world's best student city after Paris...‏

The latest QS university rankings in 2015 are released! The Australian National University once again topped the list of Australia, ranking 25 in the world! Australia's eight largest cities are among the top XNUMX in the world. Congratulations again, Melbourne has become the best city for studying in Australia, second only to Paris in the world~~~Sahua! ! ! PS: Sydney, followed closely~~

As one of the most authoritative global university rankings, Qs was published by Quacquarelli Symonds in the UK. The ranking combines academic mutual evaluation, teacher-student ratio, faculty citation volume, and employer evaluation data, and lists全球700 universitiesThe ranking.

Australia is one of the main study destinations for Chinese students, and the world rankings of its major universities have also received widespread attention. The editor will summarize the QS comprehensive rankings of Australian universities and the rankings of major departments for your reference only.

Come and see where your university ranks this year. . .

A list of the eight comprehensive rankings of Australia: 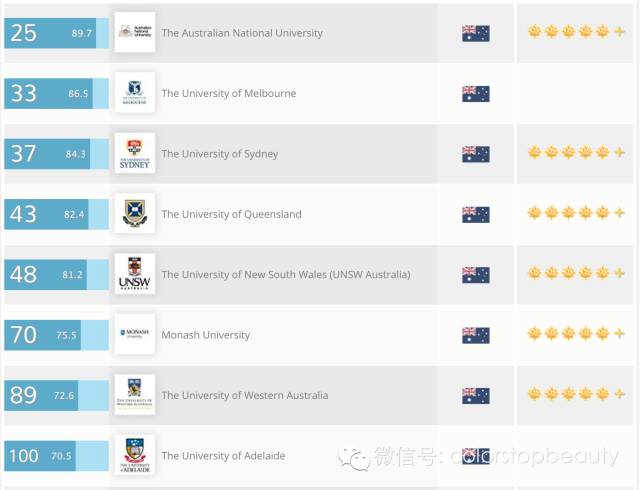 It is obvious from the top ten universities in Australia thatAustralia's top eightWorld rankingAll rankedTop XNUMX in the world. Although the University of Adelaide happened to be stuck in the XNUMXth place. 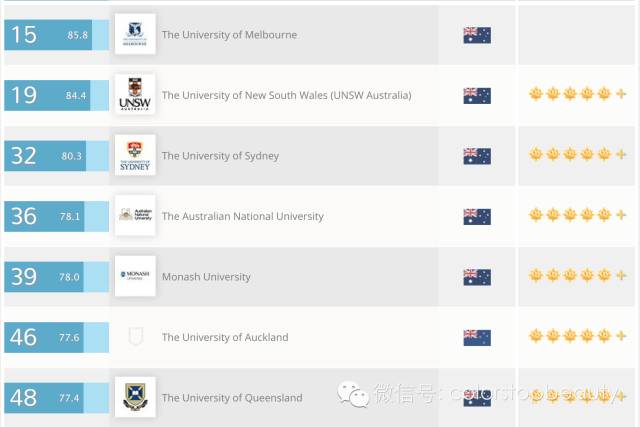 Below isThe ranking of five Australian universities by subject:

Top five in arts and humanities:

Top XNUMX in Sociology and Management

The face is for pets! 6 best cleansing masks in Australia‏

Shock! They are breaking your incense! Blacklist of 24 prohibited children's products‏