In the current online store, you look inconspicuous on the face, but the back is actually quite big.

Friends are one code word. In this Internet age, all kinds of character codes are sweeping the world. He feels that boiled characters are not enough to cure hunger, so "idea" was born: opening an online shop.

I happened to know a person before, but I haven't seen each other for a few years. I heard that the online store was open well, so I contacted and said that I would go to see and observe.

Before leaving, I went online to see the content of the other party's online store, which was very good. My friend feels that such an online space can be made by himself in a few days, and his confidence has increased sharply.

But when I went to the other company, I was dumbfounded: 200 square meters of office space, dozens of people were busy with orders, express delivery, payment, and so on.

My friend sighed: In the online shop, you look inconspicuous on the face, but it is actually quite big behind it. I wondered: In the past year, the business of 1 million yuan, or selling mobile phone cases, was actually completed on the 1th floor, so what should shops do?

The reality is so skinny!

But the reality is so skinny! It is not just Guangzhou that has been left out in the business district. First-tier cities such as Beijing and Shanghai, and second-tier cities such as Chengdu and Xi’an. Commercial and commercial cities are all deserted and a large number of stalls are vacant.

Some large physical chain locks, such as Parkson Department Store and Zhongdu Department Store, foreign brands such as Wal-Mart and Carrefour, and home appliance stores such as Gome and Suning have all closed their stores and contracted their front lines. This is not just this year, but two years. Thing.

In the first half of this year, the semi-annual results of department store stocks in the Shanghai and Shenzhen markets were quite miserable. The net profit of Nanning Department Store fell 52.97% year-on-year, Hangzhou Jiebai fell 44%, and Guangzhou Friendship fell 23%.

The decline of the trade city is the carnival of Tmall’s “Double 11”, the take-off of Xiaomi’s “Wind Pig”, the strong rise of e-commerce, and the change of business organization models.

Some people wandered around the commercial street, and when they saw that the popularity was not booming, they shook their heads: Economic depression! I cannot simply agree. I would rather understand this as Schumpeter’s "creative destruction", because on the other side of the decline in Trade City, it is the carnival of Tmall’s "Double 11", the take-off of Xiaomi’s "Wind Pig", and the strong rise of e-commerce. It is the change of business organization model. Therefore, it is time to reconsider commercial streets, commercial cities, and shops.

Can Wangfujing in Beijing, Nanjing Road in Shanghai, Beijing Road in Guangzhou, and Huaqiangbei in Shenzhen continue to maintain the peak of the crowds in the past?

I doubt it. Because the megatrend has been established, the new business model does not support this traditional bazaar, and its economies of scale may have become diseconomies of scale in the face of e-commerce.

Even if many commercial real estate developers are thinking about turning their physical stores into e-commerce experience stores, they cannot turn the tide. In a period of time, some famous commercial streets may be able to support a while, and many commercial cities Or street shops, destined to go downhill. First- and second-tier cities are not immune, not to mention third- and fourth-tier cities.

In the future, manufacturing factories and big data chambers will directly face individuals, plus a mobile payment and logistics, will have nothing to do with shops.

Let’s listen to Jack Ma’s words again: Alibaba is essentially a data company. Taobao’s purpose is not to sell goods, but to obtain all retail and manufacturing data; the purpose of Ali Small and Micro Financial Services is to establish a credit system. ; Doing logistics is not to deliver packages, but to integrate these data.

If you think about this sentence, if you think about Industry 4.0, you will find that in the future, manufacturing plants and big data chambers will directly face individuals, and at most one mobile payment and logistics will have nothing to do with shops.

So far, I have not mentioned the surplus of commercial real estate in recent years. According to public data, as of the end of 2013, 3450 shopping malls in China had opened, and it is expected to exceed 2015 in 4700, and the scale of commercial complexes will reach 2.4 million square meters.

The average compound annual growth rate of shopping malls alone exceeds 32%. In fact, it does not matter whether I list these data or not, because judging from the current e-commerce development trend, there will be a serious surplus of commercial real estate in the future if there is an increase in these commercial real estate.

Don't think that this future is far away, it may appear by your side at any time. Twelve years ago, Jack Ma was still burning incense and kowtow begging for investment.

How long is this? Look well, after 12 years, the surplus of shops is likely to be the past tense, because the surplus shops have long been changed to other cheap uses.

Attachment: Who is the latest killed in the shop closure tide sweeping all over the world?

The advent of the Internet era has indeed changed the world! The tide of store closures has intensified, and department stores, supermarkets, convenience stores, restaurants, and shopping centers are all involved. The following is a partial list of closed stores: The Malaysian department store Parkson Commercial Group, which has the reputation of being the first foreign-funded store, has been caught in the storm of closing stores one after another. Following the announcement of the closure of the Beijing East Fourth Ring Store, the only store in Tianjin also closed on March 2015, 3. Public information shows that since 31, Parkson has closed at least 2012 stores. 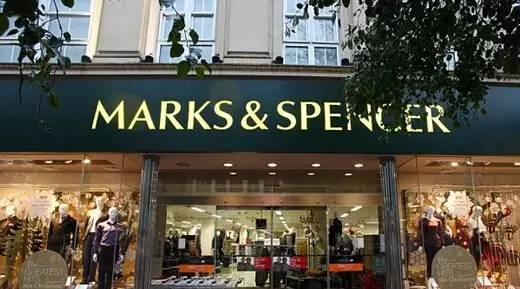 2. Marks and Spencer: 8 stores will be closed in China before August

Since 2008, Beijing Huatang, which is addicted to price wars, has hardly made much profit. In the past year, it closed 4 stores in Wangjing, Xizhimen, Beiyuan, and Youanmen in the Beijing market.

2. Tesco: Six shopping malls in Shandong are all closed, and they are accused of starting a complete Chinese delisting

3. Walmart will close 30% of Chinese stores

1. McDonald's: this year will close 80 stores in China

In the first quarter of this year, McDonald’s net profit plummeted by 32.6%. McDonald’s recently announced that it will close 700 stores worldwide this year, including 220 stores in the United States and China that have not performed well, including about 80 stores in China.

Hans originated from the first domestic "Hans Fresh Brew Beer". It was established in 2001 and entered Shenyang around 2002. As one of the most well-known chain barbecue brands, Jin Hans has more than 80 branches across the country. , There are 6 stores in Shenyang alone, but 5 stores have quietly closed now. 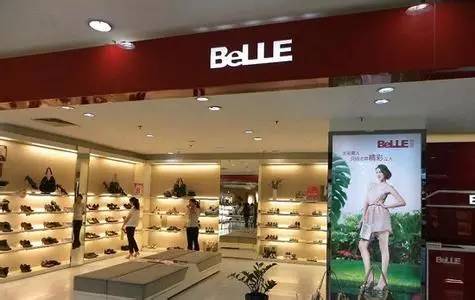 Belle, China's largest shoe production and retail company, has a net decrease of 167 retail outlets in the Mainland. Prior to this, Belle International's advantage has always been the store size.

The above is excerpted from: Real Estate Shinkansen

Stones from other mountains | Made in Germany was as cheap as a copycat, how did it become a myth? ‏

Freshly baked! The highlights of the Shenzhen "Overseas Chinese Fair" are constantly coming, and the crowds are on the lookout! ! ‏

The Internet has won! It’s not just Wanda, the latest and most complete list of people killed by the shop closure trend.

Not just Wanda! The latest and most complete list of the dead in the closing tide, prepare for the funeral‏