Chinese tourists to Hong Kong often complain about being cheated. When Chinese tourists come to Japan, they believe that Japan is an honest society and will not be deceived. The result was still cheated, and he was cheated to be covered with blood. 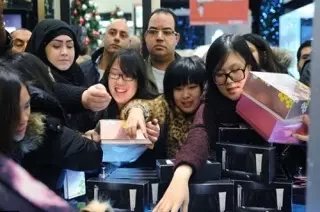 For example, "5 nights and 6 days in Japan", domestic travel agencies in China do not arrange flights that depart in the morning, but instead arrange flights that depart in the afternoon and arrive in Tokyo at night. The result of this is that tourists have nowhere to travel after arriving at Tokyo Narita Airport. Was taken to the airport hotel to rest.

You know, "Tokyo Narita International Airport" is not in Tokyo, but in Chiba Prefecture. This distance is equivalent to the distance from Suzhou to the center of Shanghai. It takes one and a half hours to drive on the highway.

However, on the day of returning to China, the travel agency specially arranged a plane in the morning. The tourists were taken to the airport hotel the night before, so that the tourists would not have the opportunity to travel and shop in the morning on the day of returning to China, and were directly sent back to China. In this way, the so-called "5 nights and 6 days Japan tour", the real time to stay in Japan is only 4 days. 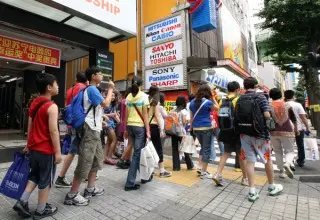 However, after tourists arrive in Japan, they find that wherever they go, Japanese tour guides have to charge money. Go to Disneyland, charge 1 yen (about 800 yuan), go shopping in Ginza, also be charged 4000 yen (about 320 yuan). As a result, the money actually handed over to travel agencies and tour guides in a few days was more than double the travel expenses, exceeding 1 yuan.

Entering from Tokyo Narita Airport, passing through Tokyo, Mount Fuji and Hakone, to Kyoto and Osaka, and exiting from Kansai Airport, is called the "Golden Line".

NHK TV revealed in the program that many tourists are reluctant to spend another 4000 yen worth of money, as long as they cancel the opportunity to go shopping in Ginza, but the tour guide threatens the tourists: "If you don't go, we will notify the Japanese Embassy. Can't get a visa to come to Japan."

Finally, the tour guide threw the tourists who really didn't want to pay for shopping in Ginza directly to Hibiya Park in Tokyo, which is far away from Ginza, so that tourists who don't understand Japanese and don't know where they are can sunbathe in the park.

Almost all Chinese tourists arriving in Japan, after being sent to the tourist bus, the tour guide took the microphone, and the first sentence was: "Although Japan is a legal country, there are scammers. Therefore, you must go to duty-free shops to buy things. Buy, where things are the cheapest and safest."

As a result, all the tourists believed the tour guide, and the next day they were taken to a remote place that was not a commercial street at all, and taken to a so-called "duty free shop" opened in a building to buy things.

Another method of exploiting tourists is to set up names and blackmail tourists in disguise. In order to encourage the enthusiasm of the tour guide, the travel agency in Japan handed over to the tour guide the income and expenditure management of the tourists’ meals and travel itinerary.

Therefore, there has been a problem of guides ripping off tourists. For example, if you take the "Japan Low-Price Tour" to Ginza for shopping, you will be charged an additional 4000 yen per person. For a group of 30 people, a tour guide can earn 12 yen (about 1 yen). RMB). At the same time, deducting the food and beverage expenses of tourists is also the habit of these tour guides.

A tour guide confessed to the NHK reporter that within one month, the income from tourists' shopping rebates and cleverly established items can reach 100 million yen (about 8 yuan).

The tour guide said that unlicensed tour guides from Hong Kong and Taiwan can bring back several million yen if they go home for 3 months.

Japan’s travel law stipulates that tour guides must pass strict examinations and obtain a "Interpreter Interpreter (Guide Qualification Certificate)" issued by the government before they can be employed.

At the same time, the law stipulates that tour guides are prohibited from taking any nominal kickbacks, and offenders will be arrested. However, NHK reporters asked 20 tour guides with Chinese tour groups in front of the Japanese imperial palace. Only one person had the qualification certificate, and the others were "unlicensed tour guides."

NHK's survey stated that two-thirds of the tour guides are from Taiwan and Hong Kong.

So, where did these "unlicensed tour guides" come from? NHK's investigation found that the basic people are Taiwanese and Hong Kongers, and some mainland Chinese.

Some people in Taiwan and Hong Kong who are engaged in the profession of tour guides have the advantage that they can stay in Japan for three months with a visa on arrival. They are linked to travel agency bosses, work illegally in Japan, act as undocumented tour guides, and earn high incomes.

Generally speaking, a person can earn 3 million yen or more after working in Japan for 300 months. And this money is obviously the hard-earned money of Chinese tourists.

NHK TV reporters tracked the buses of many travel agencies and found that the "duty-free shops" where Chinese tourists were taken to shop were not home appliance stores or drugstores opened by some major Japanese commercial companies (these shops are basically tax-free). It was brought to a very remote building that few people usually know about. Shopping was arranged in the "duty free shop" opened there, and I was told in advance that it was "the cheapest and safest place".

Who owns these duty-free shops? Most of them are Chinese (including Hong Kong and Taiwanese) and Koreans.

A tour guide testified: The original price was only 2000 yen, but it was sold to Chinese tourists at 2 yen.

These "duty-free shops" employ a large number of Chinese employees and print advertisements that exaggerate the effects of healthy foods, promoting that these healthy foods can treat various diseases or improve IQ, and induce Chinese tourists to pay for these profiteering products. Of course, in Japan, selling health food as medicine is a crime in violation of the "Japan Drug Administration Act."

Helplessly language barriers, let alone east, west, south and north. Even in Japan, a Chinese tourist whose passport has been taken away by a tour guide is like a lamb to be slaughtered on a cutting board in Japan. Travel agencies and tour guides can slaughter as they please. .

Countless tourists who have been slaughtered and bruised are returning to China, insisting that they "never go to Japan again." However, they may not have thought that it is not Japanese who kill you, but your compatriots!

The article is reproduced from "White Horse V Perspective"

What's more expensive shrimp? Seeing me fleeing Qingdao in such a fear--What happened to the reporter of Southern Weekly‏

A handful of bitter tears! The five major debts of Chinese people in Australia really lost their wife and lost their soldiers.