The air route from Melbourne to Sydney can be ranked among the top five busy in the world!

It would take more than 10 hours to drive to Sydney without stopping in the middle!

Seeing this, will anyone think that there needs to be a gap between the two citiesMachine 和 Ordinary trainWhat about the means of transportation? 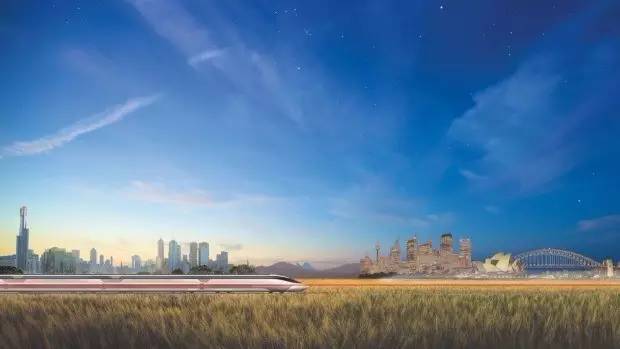 Earlier, at a meeting of Australian Prime Minister Sugar High-speed rail plan between Melbourne and Sydney Will be presented.

Headquartered in Melbourne Consolidated Land and Rail Australia The company stated that it will present this plan to the Prime Minister at this meeting.

The company stated that it has made an appointment with the Prime Minister #周见# The Prime Minister’s Office also confirmed the authenticity of this meeting, but did not disclose more information.

In fact, the plan to build a high-speed rail between Melbourne and Sydney has been proposed in the 90s, but it has been limited by budget. In 2000, the estimated cost of the high-speed rail from Sydney to Canberra was as high as $45 billion, and it was rejected by the Howard government at that time🙅

So, what are the details of the proposed high-speed rail plan? The total length of this route from Melbourne to Sydney is824 km, And also brought Canberra in between!

The time from Melbourne to Sydney is3 hour and 03 minutes(For limited express, it will be 2 hours and 44 minutes)!

The maximum speed of the train is350km/h!

As early as 2012, the federal government injected funds to study the possibility of the Melbourne-Sydney high-speed rail and the possible stops.

among them,Mittagong, Canberra, Wagga Wagga, Albury Wodonga and Shepparton, It is likely to become a stop.

Once construction starts, the nearby high-speed rail area will be acquired. Consolidated Land and Rail Australia is backed by a large US investment group. In terms of capital, in addition to government subsidies, the company’s financial support should also be Hard enough.

According to a report issued by the government in 2012, if high-speed rail is used to connect Brisbane-Sydney-Melbourne , Then the budget will be as high as$1120 million😱So expensive!

But having said that, is it really necessary to build a high-speed rail between the two cities? Obviously air tickets are also very cheap

More than 1000 degrees of high-temperature liquid copper was poured on the McDonald's burger, but nothing happened! It can be called a stronger existence than Nokia!

The Australian quintuplets shocked the world! Change 50 diapers and feed 40 bottles of milk every day! 150 volunteers work in shifts to help!

Heavy! Domineering in Australia's high-speed rail era: Is the bullet settled at Sydney Airport? Brisbane is only 15 minutes from the Gold Coast‏

Australian media headlines: the next generation of Melbourne trains may be manufactured by Chinese government railway companies