14 cats were abandoned in their homes, unbearable hunger, eating each other's bones

A woman in Adelaide ruthlessly abandoned her 14 cats when she moved, causing the cats to eat each other out of hunger. By the time the animal rescuers arrived, the carcasses of 13 of the cats had been scattered throughout the room. , And 1 was not dead, but also very weak. Recently, the woman was sentenced to an observance order for her cruel behavior, as well as a ban on raising animals. According to abc News, as early as September 2015, a woman in Adelaide wanted to move from her original house in Woodville West, but she ruthlessly abandoned her 9 cats. The cats were locked in the room and started to bite each other because they were too hungry. By the time the staff of the Royal Society for the Prevention of Cruelty to Animals (RSPCA) arrived, the carcasses of 14 of the cats had been scattered throughout the house, and one of them was not dead but was almost dying. Fortunately, one life was saved. . The only surviving cat was later named Trooper and has now been resettled. 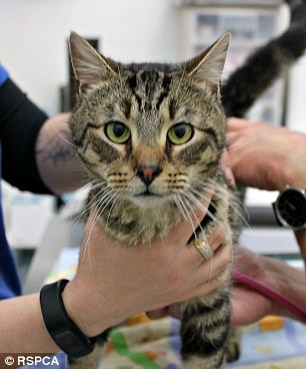 RSPCA Chief Inspector Andrea Lewis said that this is a very annoying pet case. “At that time, we opened the door and heard the cry of the only surviving cat, and then looked at the remains of the cat inside. This kind of tragedy is terrifying.” It is reported that the woman who abandoned the cat has mental problems, but she was recently sentenced by the Adelaide Magistrates to a compliance order and banned from raising animals because of her cruel treatment of animals. Lewis also said: "Pet owners are responsible for their pets. If they can no longer be raised, they can be sent away. This kind of tragedy shouldn't have happened at all."

It turns out that Melbourne still has these small alleys, you can go shopping and eat!