Australian young girls have long been deducted from their wages, with an hourly salary as low as $8: Australia's largest bakery chain Bakers Delight has been scolded by Australian netizens!

Some time ago, the 7/11 chain in Australia just broke out that it was deducting employee wages and faced nearly 1 million in compensation. In these two days, it was founded in the Hawthorn district of Melbourne and was established in 1980. It has expanded to Canada and the US Bakers Delight.

The salary contract they currently use,Is still the 2006 standard,It's much lower than it is now, especially for those underage employees. This bakery chain almost only hires girls aged 14-18, because their legal salary is lower than that of adults. 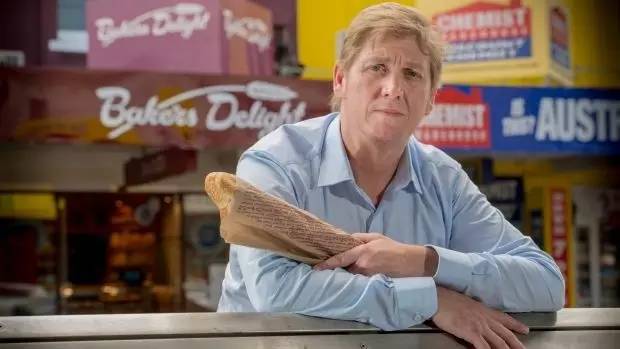 The uncle in the picture above is the one who reported Bakers Delight to Fair Work.

His daughter is now working at Bakers Delight, but his daughter and some other shop assistants,per hourThe minimum wage is only$ 8,weekend extra hoursOnly110%Salary(Currently, it is 200% under normal circumstances).

On one of the sundays4 hoursIn the class, his daughter only earned$ 38.50,Under normal circumstances, it should exceed $70. This kind of salary contract that specifically deducts weekend high salaries is commonly known as"Zombie agreement".

This girl, just like hundreds of other employees, took hundreds of dollars less every month, and Bakers Delight saved a lot of labor costs through the old salary contract.

In fact, almost all major Australian chains have similar contracts, like Pancake Parlour 和 Grill’d，The similar zoombie agreement was terminated only a few years ago. However, the salary issue has been repeatedly prohibited in Australia. From various Chinese restaurants to large local chain stores, the news is revealed every year, but the time to resolve is long.

Many pictures warn: Many families in Melbourne have suffered! The house is destroyed everywhere, I want to cry without tears! Are you prepared?