The correct way to report to the police in Victoria can be done in Chinese. The necessary skills can save lives!

Australia is really not peaceful recently. Someone went home and their home was vacated! A friend of the editor has been patronized by thieves several times after returning home for a month! The car was driven away, the TV was moved away, and even the shampoo was not let go!

Public security issues and police-civil relations in Australia have always been a topic of concern. So, today, the editor will have a good chat with everyone about the police in Australia.

This must be known. If there is a dangerous situation, please call 000 toll free! In Australia, call the police, call an ambulance, or call the fire brigade to call 000. However, after the call is connected, you must clearly tell the operator what help you need──"Police" (police), "Ambulance" (ambulance) or "Fire" (火警). Then, they can help you transfer the dedicated line according to your needs.

In many cases, some Chinese friends did not tell them which department, thinking that it was the police directly, and the operator would hang up in this case. 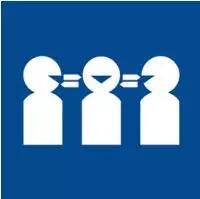 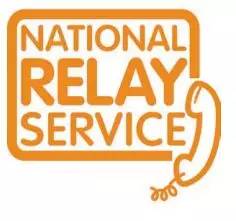 What to say on the phone

It is inevitable to panic when calling the police, but remember that the following information must be clearly told to the operator. 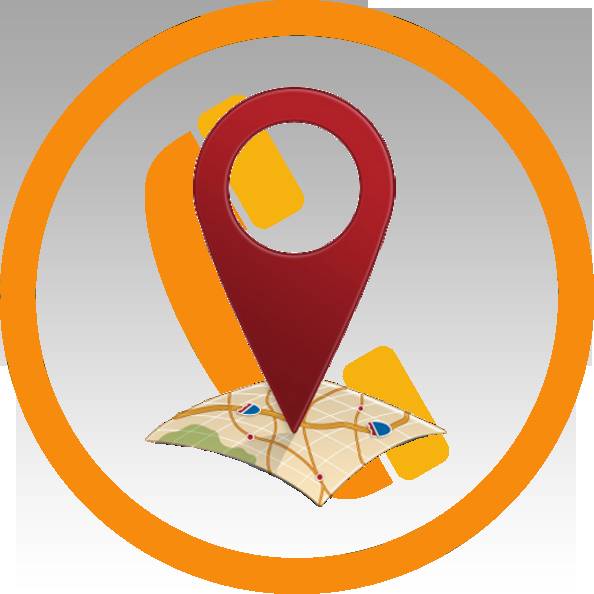 If you can't tell where you are quickly and accurately, it will affect the speed of the police to a large extent, or even fail to send the police.You can check your location in the google map before calling the police.

The specific location of the landline alarm will be directly displayed in the system of the alarm center, but the mobile phone can only display an approximate range.The Australian police have not advanced enough to directly locate mobile phone users. So no matter how nervous you are when calling the police, the location must be as accurate as possible. 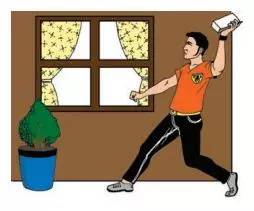 Each of the types mentioned here represents a different level of crime and also affects the speed of police dispatch. Don't exaggerate or shrink when calling the police. Objective description is the most important. 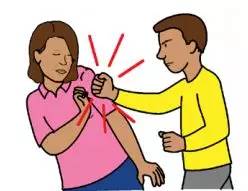 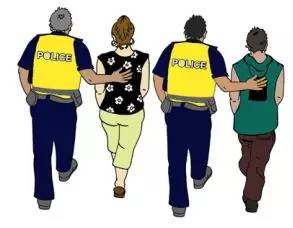 After the description is complete, the operator will tell you the approximate time to be out of the police according to the severity of the case, or inform other handling methods (for example, it is recommended to go to the police station to make a transcript)

What you have to do after calling the police is to pay attention to the safety of yourself and others, and protect the scene while waiting for the police to arrive. If it is a burglary, try not to touch the window sill and door handle casually. If it is a serious injury or sexual assault, keep the clothes on the day and do not wash them for DNA evidence.

The Australian government also has a special free alarm APP-Emergency Plus, which uses smartphone technology to automatically report emergencies to emergency services. 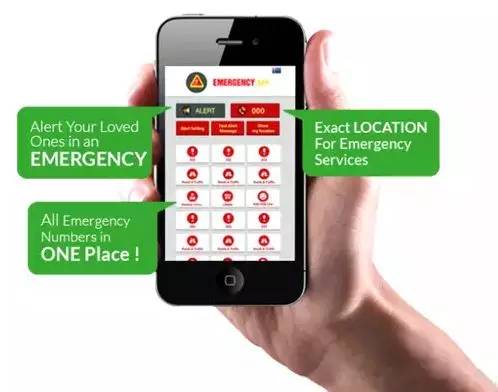 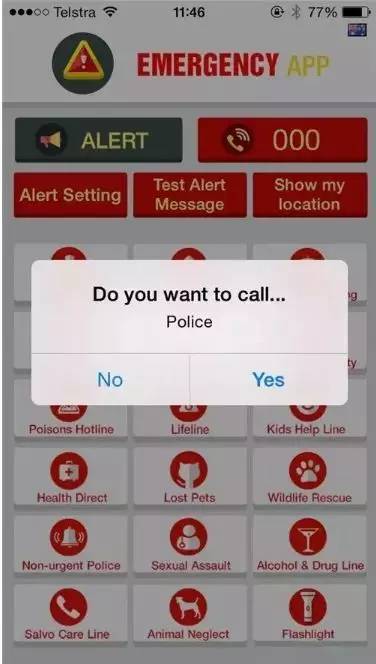 Once an emergency occurs, the most important thing is to find the location of those calling for help. This App uses the built-in GPS function of the smartphone to give specific information about their location. 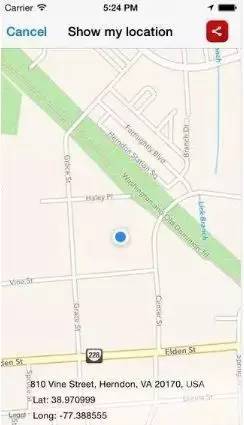 This APP can be downloaded for free through Google Play and Apple App Stores.

In non-urgent cases, you can dial 131444 or report to the local police station. 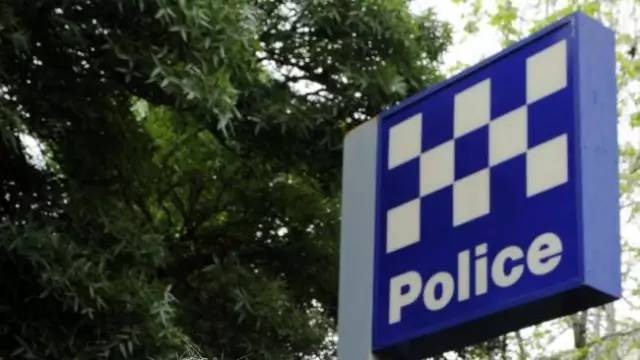 If you don’t know the information of the local police station, you can find it through the following steps:Log inwww.police.vic.gov.au; In the information bar on the left side of the page, click Your Local Police. 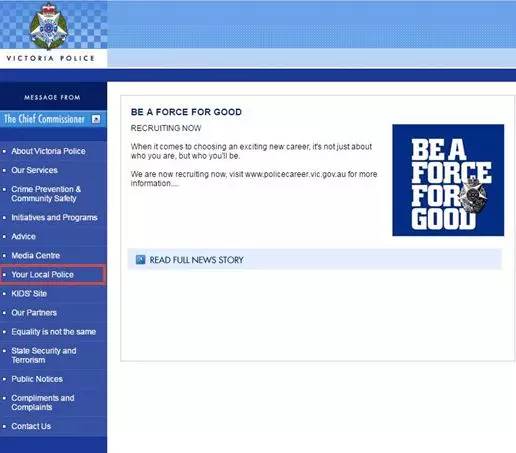 Then enter the zip code of your location, click Search, and click the search result to view police station information.

What to bring to the police station 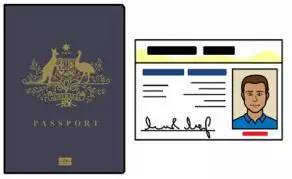 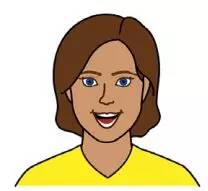 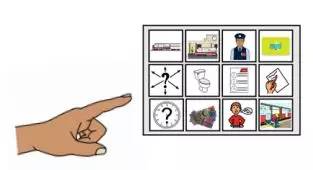 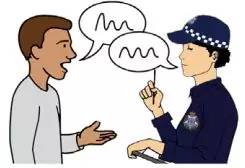 Then, the police comrade in charge of receiving you will take you to a private room, chat with you about the case, and make a record. 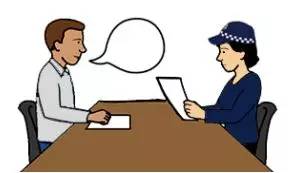 For friends who are not fluent in English, you can apply to the police for an interpreter. 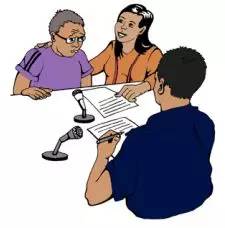 After the exchange is over, the police will tell you that they will investigate the matter, or that you have insufficient evidence to open the case and why. 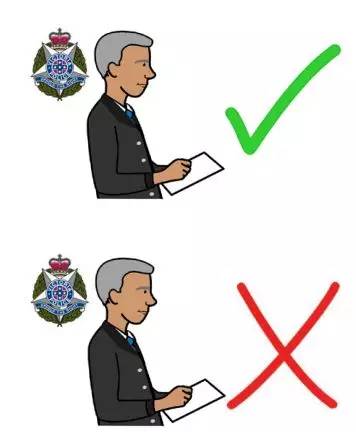 Under what circumstances should the police call 000?

Prioritizing the matter, you must dial 000 in the following emergency situations:

When someone is injured (injured by robbery, sexual assault, injured in a car accident, fighting, domestic violence); when the suspect is still present but in his own safety (the suspect is still indoors, drinking and making trouble, graffiti damages public property, etc. ); missing children; emergency natural disasters; any time you feel that your safety and the safety of others will be threatened. In the following situations, you can consider going to the local police station to report the case without dialing 000: 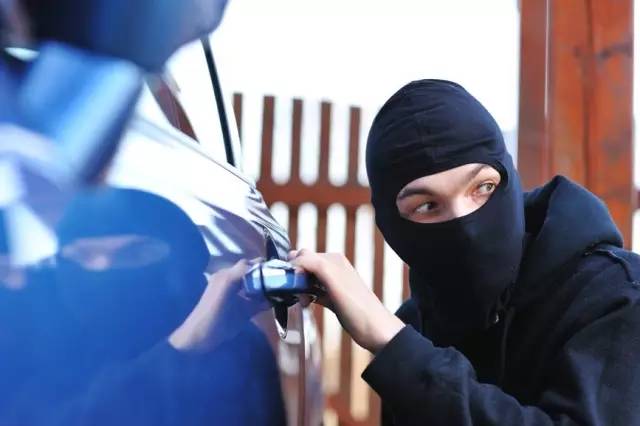 The following situations can be observed before considering whether to call the police: 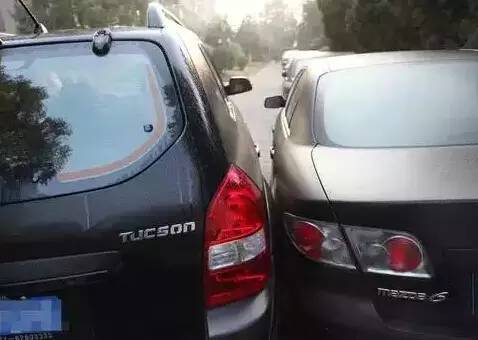 The police will not accept reports in the following situations: 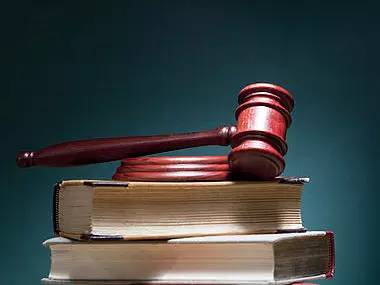 Why did the police not come for a long time after calling the police?

First, because of the different characteristics of the cases. 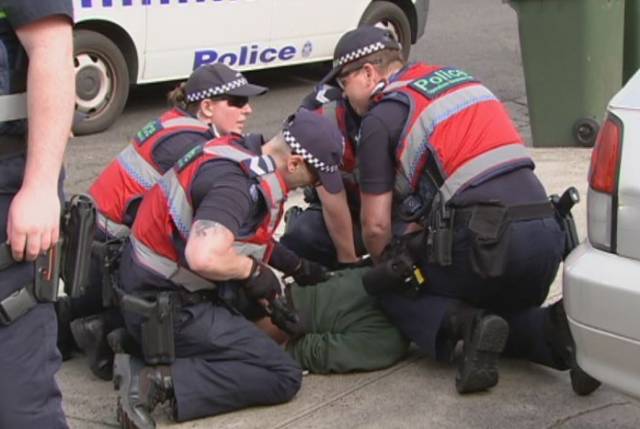 The jurisdiction of a police station in Australia is very large, and 80% of Australia's population is concentrated in capital cities. Because it is a country of immigrants, the rate of population growth is amazing. However, due to the limited allocation of police departments by the state governments, the number of police officers and police cars is far below the reasonable demand.

Therefore, the Victorian police is not inaction, but is really a little too busy!

What can we usually do

Naturally, we don't need to say more about bringing less cash and showing richness. We still have many details that we haven't noticed. Observe your surroundings when walking, and if a suspicious person approaches, go immediately to a place with many pedestrians. Quicken the pace and run if necessary. If the opponent is chasing,Run to the nearest train station, Because the railway station has a protective service officer after 6pm. They dress like police officers, have guns, and are responsible for railway station security. 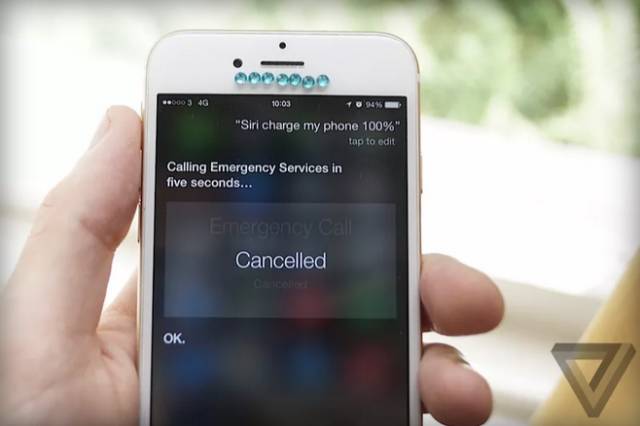 If unfortunately you are forced to ask for money with a knife, you wear high heels, or your legs are not flexible, don't panic too much. Try to delay time, don't anger the culprits, hand over your belongings, and protect your own safety. When the robbers are removed, find a safe place to report to the police quickly according to the above method!

The editor can only help here, and everything is up to everyone to be careful. Of course, I still hope that everyone is safe and sound~

The best job in the world! Tourism Australia pays you to travel around the world. People are now watching the beautiful scenery all over the world + show it off!