Many people say that in this increasingly impetuous society, “sincerity always moves people the most”. The editor feels that this sentence is more appropriate to describe today’s story. The protagonist of the story, an Australian grandfather, with a very sincere "Friends Seeking" advertisement, not only impressed the netizens in Australia, but also made himself an unexpected gain!

The grandfather's name is Ray Johnstone, 75 years old this year, and he lives in Lewiston, north of Adelaide. The grandfather's wife passed away very early, and his old man's family has been living alone, and life is inevitably a bit lonely.

He says,"Sometimes it's really lonely to sit at home and watch TV all day long!"

Fortunately, Grandpa has another hobby——fishing. 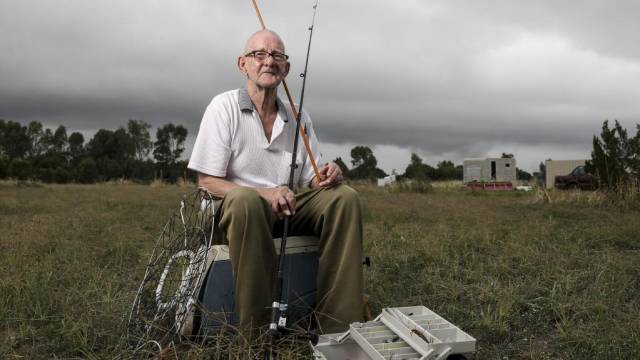 He also has an old friend who goes fishing, and the two often make appointments to go fishing in the water.

However, unexpectedly, this old friend passed away suddenly not long ago...

Grandpa felt that fishing alone was not interesting and could not have much fun, so he wanted to find a like-minded "fish friend". 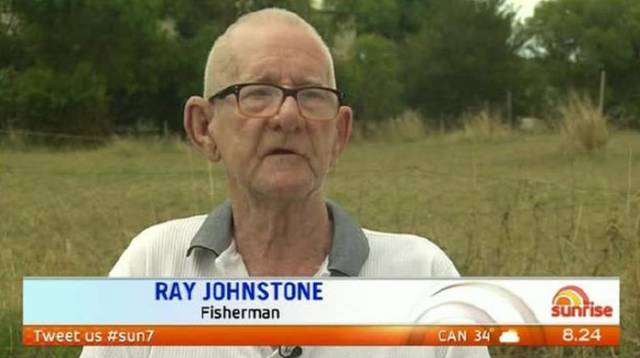 "My name is Ray Johnstone, I am 75 years old and I live in Lewiston. I am a retired old man living alone. I like fishing very much. I have all kinds of fishing equipment. My friend who used to go fishing with me passed away not long ago, so I want to find a companion who is in the same situation as me and who likes to go fishing with others. I am willing to bear all the costs of fishing, such as gasoline and bait. If you happen to have a fishing boat that can take me out to fish, I am willing to bear all the additional costs. If you are interested, please contact me, we can meet first to see if we can get along. " Such a sincere and sincere advertisement made all the netizens who have seen it moved greatly. Moreover, the grandfather had also been mistakenly posted on the trading section of Gumtree, and also marked the price of Free, which really "sold" himself. But I didn’t expect people to forward it to Facebook. In just a few days, the amount of reading has exceeded88,000Times!

Grandpa also received phone calls from netizens from all over Australia, saying that he would go fishing with him. This includes a 22-year-old man named Mati Batsinila who lives in West End.

The young man said that when he saw this story on Facebook, he was very moved, so he left a comment below. What he didn't expect was that the old man saw his message and got in touch with him. Later, the boy also called the grandfather and said that he would take him to the Stradbroke Island in Queensland, more than 2000 kilometers away, to fish.

The boy said that he chose this place because he not only wanted to take the old man to go fishing, but also wanted him to spend a vacation and enjoy a good life. The total cost of the trip of 2500 yuan is all inclusive for boys.

Then the two arrived at Moreton Bay and caught a very large fish. The boys also drove the grandfather to the beach to catch sandworms. The boy said,"Seeing the old man smiling so happily, he really feels very happy and moved. That feeling is beyond words!" After the happy holiday, more than XNUMX other netizens have added GrandpaFacebook, I am willing to line up to fish with Grandpa, and some netizens have also made an appointment with Grandpa to fish at Sydney Pier this weekend! Grandpa said in an interview: "Although I am old, I still hope to stay active and breathe fresh air." He also said that he didn't know why a post could attract so many people's attention, "Perhaps because I'm a 75-year-old man, right?" he said.

Fine $1500! The lobster was still struggling, and the Australian chef was accused of cruelty to animals!