According to 7 News, the Australian girl Ava recently experienced a thrilling event! Because of the doctor's misdiagnosis, she was almost paralyzed for a lifetime!This incident makes Ava's parents scared thinking about it now...

Ava is 8 years old this year. Not long ago, she and her parents went to the beach to play.I also rode a small four-wheeled motorcycle that everyone often plays on the beach.

Just as the family is enjoying the sun and sea breeze and feeling relaxed,An unexpected thing happened! 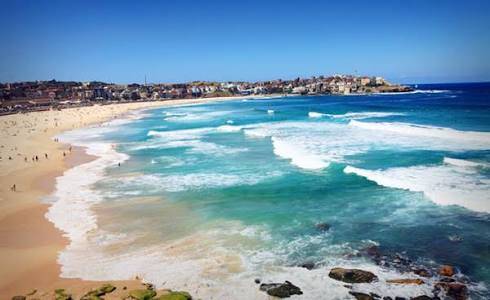 Because of the unevenness on the beach, the little Ava couldn’t control his balance. When passing an area full of sand pits,The small quad bike Ava was riding suddenly turned over!Ava didn’t have enough strength to control the car that turned over.

She fell to the ground hard!

Hearing the child's exclamation, Ava's parents rushed over to check the child's condition! At this time, Ava cried loudly because of shock, and yelled again and again: 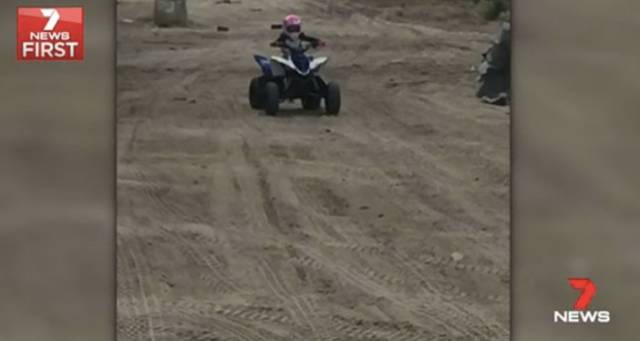 (Ava was riding a bike at the time)

Seeing that the situation was not right, Mom and Dad hurriedly sent Ava to Joondalup Hospital!

After arriving at the hospital,HospitalThe doctor performed X-rays for Ava and tested Ava’s consciousness response. He also performed a neck tenderness test and neurologyA series of professional inspections such as inspections,Afterwards, the doctor calmly said:

Ava is not badly hurt, just go home and rest for a few days!

Seeing the parents who kept questioning, the doctor emphasized again: You should feel lucky! Because Ava wears a safety helmet,She kept crying for pain, just because when she fell, her neck muscles were sprained!

Go home without worry.Raise it for a few days! 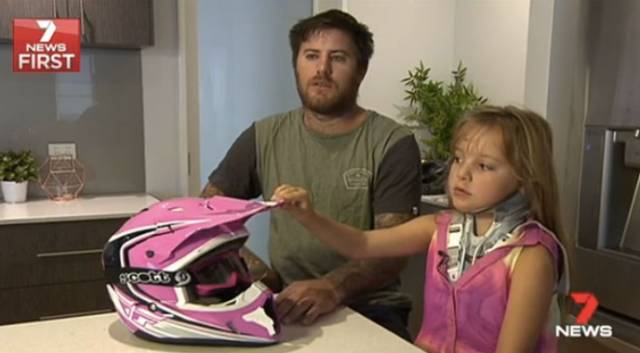 (The helmet Ava was wearing at the time)

Hearing the doctor's explanation, parents had no choice but to take Ava home. I thought it would be fine after a few days, but I didn’t expect that Ava would still feel a pain in her neck and crying all day long. Her parents could only comfort her and say:"Baby, we know you are in pain, but the doctor said it's okay, it will be fine in two days!" 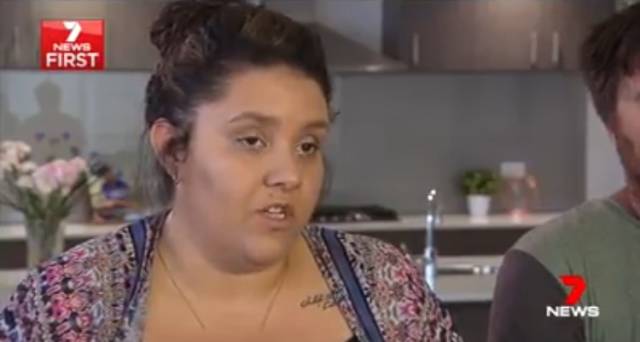 Two days later, Ava no longer complained of pain, but was listless every day. Ava's parents did not worry too much, thinking that their daughter would be better in a few days.

However, just when Ava’s parents were no longer worried about the condition,A phone call from Joondalup Hospital brought them into a nightmare!

"Hurry up and bring Ava to the hospital. She has a broken neck and is in serious condition!"

Ava's parents, who were too late to ask the reason, hurriedly took Ava to the hospital! 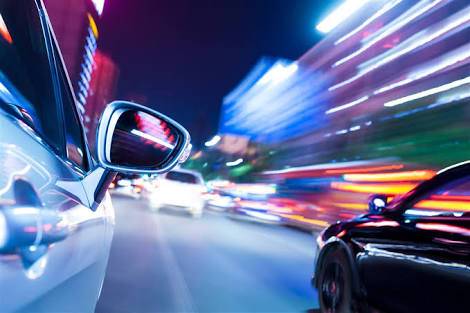 When Ava arrived at the hospital, a group of doctors put her on the bed without saying a word, and connected various instruments to her.A large neck brace was used to secure Ava's head and neck! 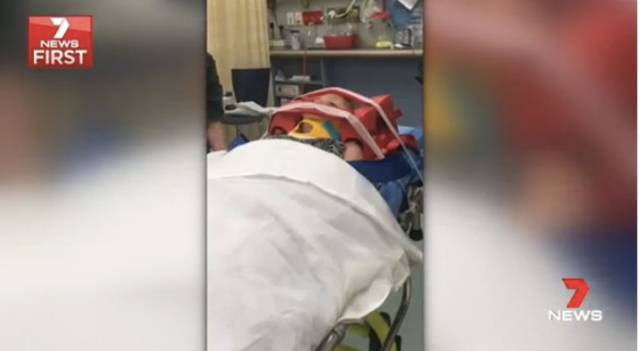 All this unexpectedly shocked Ava's parents!Didn’t you say that your daughter is fine? Why is it like this now?

At this time, the doctor who called before found them and told them a fact that they did not want to believe:

The radiologist said that on the day Ava was injured, he was absent. Two days later, when he checked the X-rays of all patients, he saw Ava's X-rays and found that her condition was quite serious. A little girl had a broken neck. The ligament is strained!thenOtherI wanted to go to the ward to see Ava in person, but I was told that Ava went home!

Even more frightening, the doctor told them that when Ava was recuperating at home, if he touched an injured neck,May be directly paralyzed at any time!To sit in a wheelchair for a lifetime!

Hearing this news, Ava's parents were furious! The hospital is too irresponsible!My daughter's injury is so serious, why didn't it find out on the day of injury?If this doctor finds out later,

My daughter's life is over! 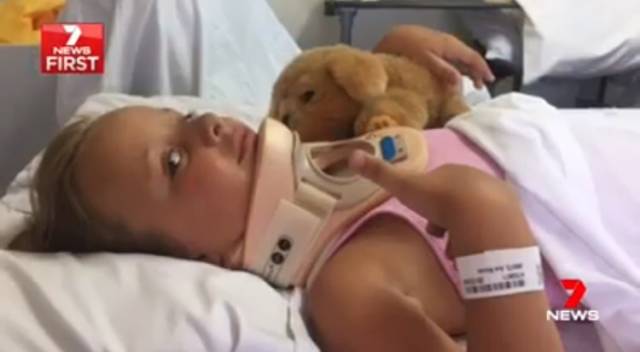 After hearing about the incident, the head of the hospital first wrote an apology letter to Ava’s parents, and then accepted a radio interview to apologize to Ava’s parents.And said: “Ava’s injury is unusual.We were also deeply shocked and heartbroken by the news of her fracture." 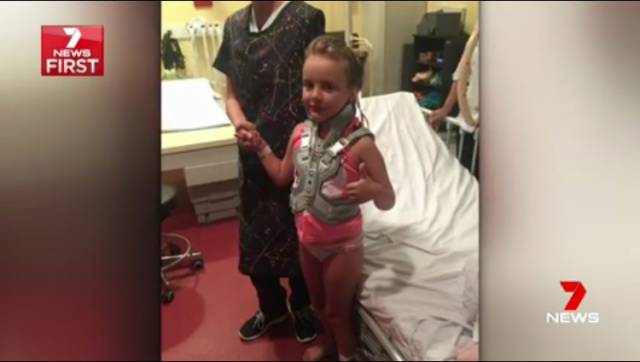 However, these hospital practices did not satisfy Ava’s parents. On the contrary,They feel that the hospital is using rhetoric like "Ava's injury is complicated" to cover up their mistakes! 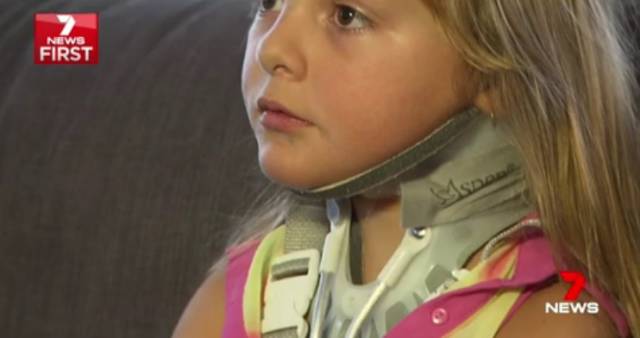 Once this news was reported, countless Australian netizens left a message saying:

Ava, you are not alone!We have all been rectified by the hospital!

When I was 14 years old, they let me go home without taking an X-ray of my back. It's fine now! I'm going to spend the rest of my life with two broken spine that didn't heal well and twisted!

My daughter was told that her shoulder was slightly dislocated...3 weeks later she was found to have broken her clavicle in the fracture clinic! Mad!

…I took my 22-year-old daughter to the hospital. Her throat was sore, but the doctor asked us to buy a nose spray? ? ...Makes me suspect that this doctor is not qualified...

My daughter broke her wrist. I took her to the hospital for an X-ray and told us it was just a sprain. As a result, a doctor asked us to go back a week later because of a broken wrist!

In addition to complaints from netizens,Many patients have been permanently injured and even lost their lives due to misdiagnosis in the hospital!

1.Australian man suffering from cancer was misdiagnosed as sinusitis

As early as 2015, a man in Australia went to the hospital for more than 5 examinations due to physical discomfort, but he has been diagnosed with sinusitis! But then his condition got worse and worse, and he even began to vomit blood! 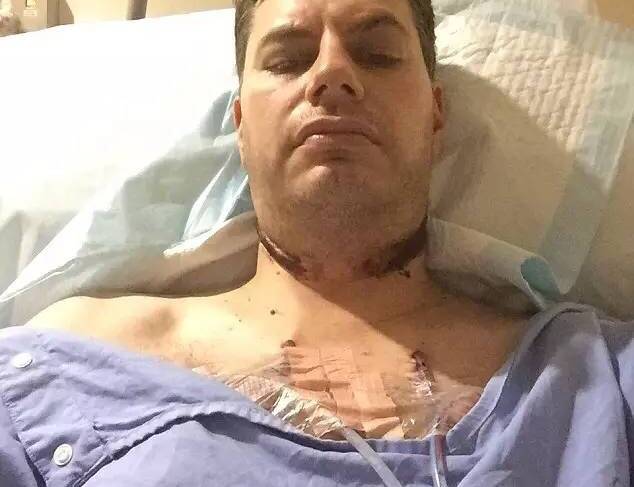 After an examination by an expert doctor, it was discovered that he had a large tumor on his tonsils!At this time everyone realized that he had cancer!

In November last year, an Australian woman was diagnosed with breast cancer by a doctor and had to have her breast removed! However, after the operation, she was told:She doesn't have cancer! 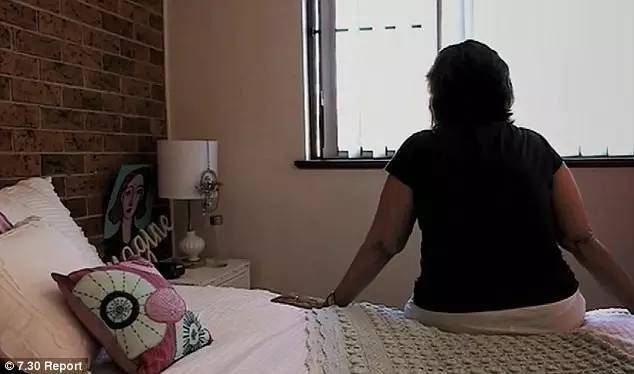 However, at this time her mastectomy operation is irreversible! She will always suffer the pain of losing her femininity!

3. Australian baby dies due to missed diagnosis and delayed illness

In September last year, a baby who was only 9 months old in Australia was delayed due to a doctor’s misdiagnosis and finally passed away... At that time, the baby was unable to move his right limbs. At the first visit, the doctor said that the baby was only doing this because he twisted his arm.

Then the baby started to have fever and vomiting, but when he arrived at the hospital, the doctor gave the same diagnosis again!

The poor baby was finally diagnosed with meningitis and sepsis,However, when he was diagnosed, he was dying and died soon...

All the above-mentioned victims suffered from misdiagnosis,However, caused by misdiagnosisThe tragedy can never be undone...

Because of their misdiagnosis, their condition worsened, they suffered tremendous pain and mental torture, and even lost their lives...

Some international students also feel the same about this issue: "I really don't dare to get sick in Australia. Apart from seeing a doctor, I am afraid of being wrongly diagnosed!" Others have to go back to their country after seeing a tooth!I would rather spend more money on air tickets than see a doctor in Australia!

Although everyone believes that only a few Australian hospitals have such problems, we can always learn from the news,What new drugs have been invented by the Australian medical community to treat intractable diseasesHowever, the news of misdiagnosis has been repeatedly exposed by various hospitals in Australia, but it makes people's hearts nervous:

No matter how many new medicines are useful, the doctors in the hospital are useless.I hope that the doctors in individual Australian hospitals should be more careful when they see their doctors. After all, it is a matter of life and death!

"It's unbearable to be stolen by people" Coles out of restrictions! Going to the self-checkout counter in the future can only scan 12 items!

Mass taxi driver protests broke out in the heart of Melbourne! Traffic in the entire city is paralyzed!