Australian lobster is a world-famous delicacy, but today I want to say something new: According to Australian media reports, a well-known fish shop in SydneyFreshLobster means cruelAnd be sued!Also fined $1500! !

You may think that you are wrong, that's right, this news is about those sweet, elastic and delicious big lobsters! Just a few days ago (February 2016, 2), a Sydney citizen was choosing food at the famous seafood gathering place in Sydney "Fish Market". Suddenly, he saw a shocking scene-a restaurant staff was cruel Kill the lobster!

then,He recorded the whole process on his mobile phone and posted it online. . . 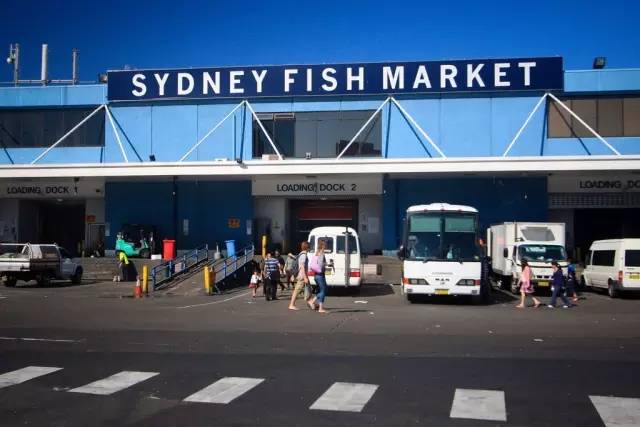 This video was immediately uploaded on the Internet and caused controversy among Australian netizens! And it attracted the attention of Tyson Hohlei, Prosecutor of the Royal Society for the Prevention of Cruelty to Animals (RSOCA)!

He said: “After I watched the video, I immediately found the director of this restaurant and reported the situation. The other party admitted that the method of handling lobster was improper and said that this rarely happens.”

RSPCA believes that this restaurant has caused animal abuse.He took the restaurant to court. 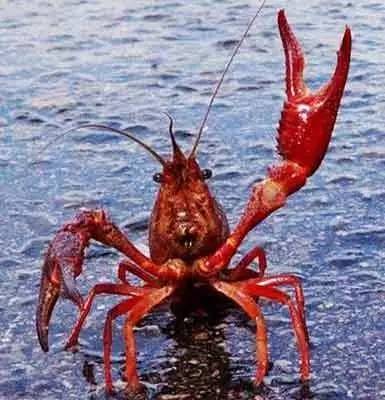 On February 2, the Downing Centre court in Sydney ruled:Fine $1500 for this seafood restaurant!

Ok. .You read that right,Just because the method of killing lobster is wrong,This restaurant was fined $1500!

Everyone must be very curious, how did this restaurant abuse that lobster? 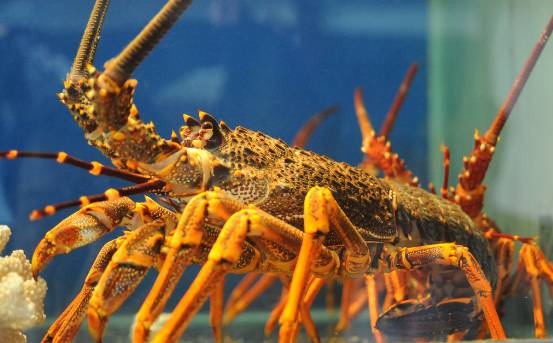 The editor will reproduce the situation for everyone:

First of all, everyone can see that this lobster is very powerful, and the clerk can't put the lobster on the chopping board docilely.

At this time, the lobster was jumping for joy, "consciousness". . . Constantly struggling with the clerk↓↓

As a result, the clerk seemed to have lost patience and threw the lobster directly onto the cutting board.Take a look at the right time, take the knife and drop!Click!

The lobster was split into two instantly,During the whole process, he didn't stun the lobster first to alleviate the pain...The poor lobster was just like that. . . . 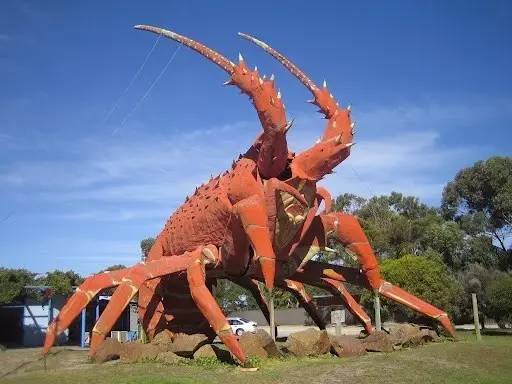 It is reported that this is the first time a NSW court has dealt with a "crustacean cruelty case", and in 1997, the RSPCA first classified crustaceans under the Prevention of Animal Cruelty Act.All live crustaceans are required to be treated with drugs or other methods to prevent them from suffering. The debate on this matter is actually not a day or two. On the Australian DEBATE website, netizens have had a heated debate on whether lobsters should be "humanely handled".

The result is that 74% of people think that lobsters should not be abused alive, and 26% think it doesn’t matter.

The main point of the square is this:Why are human beings so cruel and want to eat animals? This is too inhumane, at least let them die without pain! If you cook or kill you alive, you will know if it is cruel! They can feel pain, don't abuse them anymore!

The opposing side’s view is this:

Experiments have shown that they will not suffer pain or fear during slaughter, so it doesn't matter! These seafood are somewhere in the food chain, and there is nothing wrong with eating them! It's the best because of the freshly killed seafood! Killing them alive is illegal? The sharks eat live fish every day, why don't you sue them!

Think about it carefully, if there are similar laws to prevent abuse in China,The butcher’s seafood shop butcher’s slaughterhouse is not allowed to be accused and there are no pants left...

In fact, in Australia, the locals really pay much attention to the humane methods of slaughtering livestock.

How are food animals slaughtered in Australia?

In Australia, the slaughter for food, fur or other animal products is strictly implemented in accordance with the "Australian Human Meat Production and Transportation Hygienic Standards". It is necessary to ensure that "injuries and pain are minimized, and the animals are minimally disturbed." "Before arriving at the slaughterhouse (usually the day before), the animals are given water, shade, and food. Injured animals are separated, treated or euthanized. 24 hours before slaughter, animals are inspected by meat safety inspectors to ensure that they are healthy and their meat is suitable for human consumption. Before slaughter, the animals walked up a path and entered a stun box. This box separates animals from other animals. Within a few seconds of entering the box, an operator will cause the animal to faint.

For sheep and pigs, use corona. For cattle, use bolt impact. For pigs, carbon dioxide can also be used.This fainting process ensures that the animal is unaware and painless before being bled.

Once the animal is stunned, one of its hind legs will be handcuffed, and within a few seconds, the large blood vessels will be cut and bloodletted. Because the animal was stunned, there was no consciousness and no pain during the process of being handcuffed and bleeding. Animals will not regain consciousness until they die of blood loss. After slaughter, the meat safety inspector will inspect the carcass to determine whether it is suitable for human consumption, or is best used as pet food, medicinal material or discarded.

Within two hours after the animal is stunned, the carcass will be placed in a freezer or frozen. In short, Australian slaughterhouses slaughter animals very strictly in accordance with the requirements.

Many people who have just arrived in Australia may have such doubts: Can I slaughter livestock at home? The editor checked the information on the Internet, and I will explain it to you:

Can I slaughter livestock at home?

Generally speaking, the Australian Animal Protection Organization is opposed to citizens taking domestic animals home for slaughter, because this cannot guarantee that these domestic animals can be killed in a humane way.In addition, if citizens transport livestock home by themselves, if the transportation process is inappropriate, they may also cause painful injury to the animals. 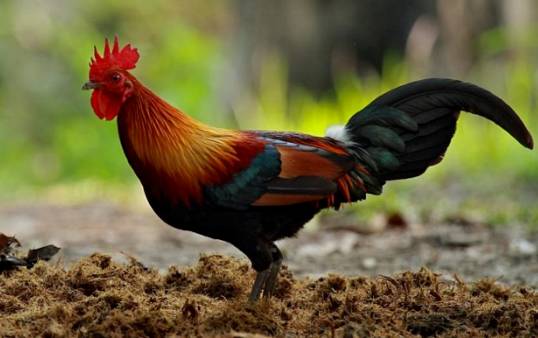 The animal protection organization believes that killing animals should minimize their pain, proceed quickly before they feel the pain, and try to let skilled technicians operate.

For most livestock, bullet shooting or electric shock is the ideal method of slaughter. 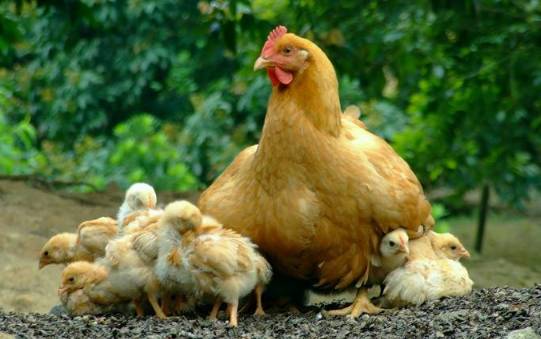 Seeing this, many Chinese friends will ask:

I have some chickens and ducks at home, can I kill them myself?

In Australia, slaughtering livestock in your own home is not considered illegal, as long as you do not use the slaughtered meat for commercial purposes.

However, the animal protection organization recommends that if you must slaughter domestic animals at home, you should consult a professional veterinarian or expert about reasonable slaughter methods before operation to avoid causing pain to chickens and ducks.

Experts suggest that killing chickens and ducks is best not to use the method of beheading, because even if the head is chopped off, they can still feel pain. The best way is to quickly twist off the neck of the chicken and duck, so that they will have less pain. 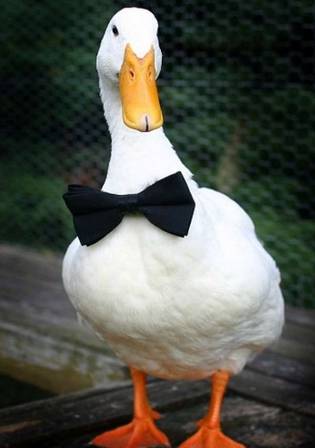 In fact, Australians really care for animals! In addition to reducing the pain of animals during slaughter, people will also help small animals in various critical times~

Don’t believe me, look at it↓↓

The year before last, a forest fire broke out in South Australia, and the poor koalas were burned and scalded. 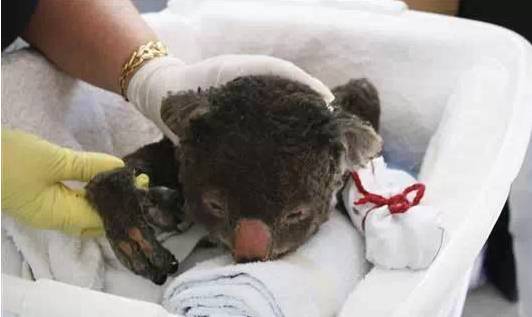 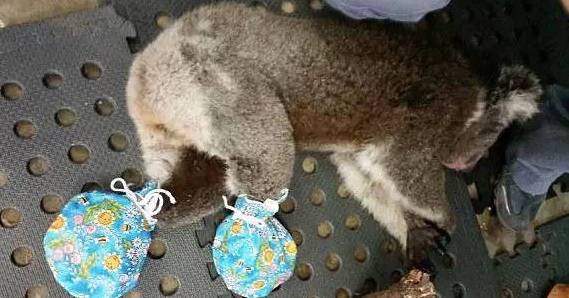 As a result, Australians have made 100% cotton "gloves" for them! This prevents them from removing the ointment on their paws. It looks so cute!

A kangaroo breeder in Australia built a "kangaroo home" by himself,

For many years, I have insisted on adopting those abandoned baby kangaroos, There are now more than 30 members in this big family!

A man in Australia found a small sea lion caught on a small tree by a fishing net while surfing. At that time, the sea lion was very angry and opened his teeth and claws at anyone approaching it, but the man still faced the risk of being bitten by it, and decisively stepped forward to cut the fishing net and let it regain freedom. 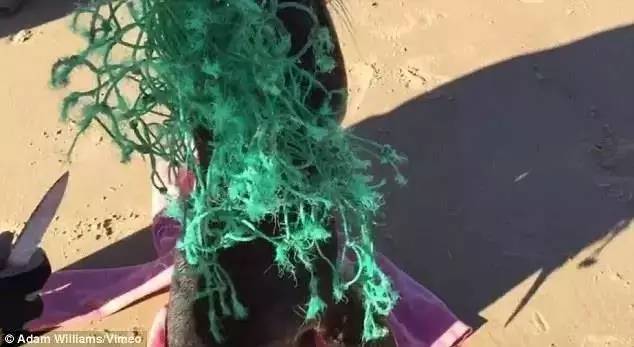 An Australian tour guide saw an 8-meter-long whale entangled in a pile of rubbish dumped in the sea by humans. 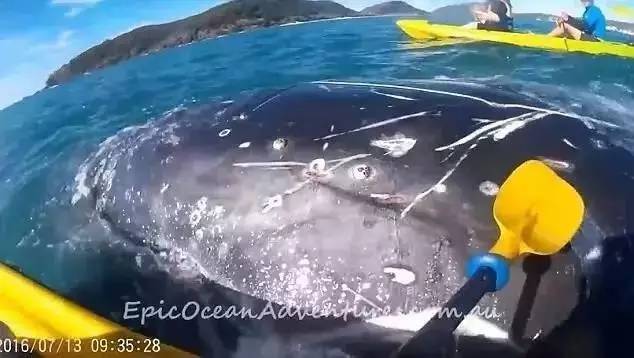 Without even thinking about it, he risked his life to jump into the sea and helped it untie the rope on the fin. 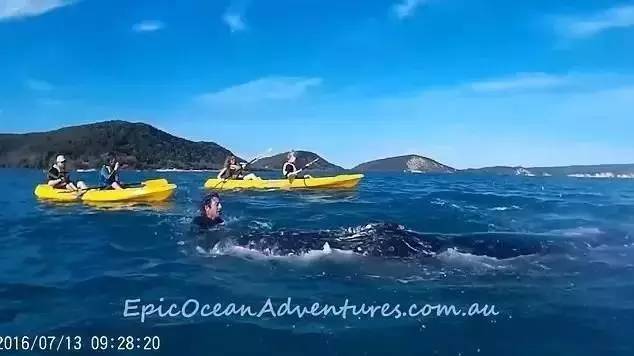 This is a whale~ His courage is also very commendable!

After reading all the heartwarming things above, I think Australia is so loving!

When slaughtering livestock, should humane methods be adopted? What do you guys think?

A handsome guy in Australia bought a 2500-year-old grandfather on Gumtree for 75 yuan. The ending was super warm

There are many weird things on the Tuao train: smelly stool was found on the seat of the Melbourne train! Someone took down all the seats in a whole carriage!

The opportunity for men to make money is here, Australia can get $1500 for one sperm donation‏

Go to jail if you don't pay? Victorians have to guard against tax fraud

Sorry, I am going to Australia, you must come to me!

As Australia’s high-level officials are "devilishly" on chickens, Australia is in a situation where it is hard to find eggs.