Australia is going crazy this winter! Heavy rains, hurricanes, rats rampant, and vegetable prices soaring! I can only eat meat every day

Two days ago, everyone must have beenDemon wind reaching 90Km/hYou can't blow it anymore...

Do you think this season is really annoying! The hair just needs to leave the head in minutes, the thinner people must put bricks in their bags when going out, and they must always face the test of heavy rain and bungee jumping temperature when they want to... What could be worse than this. !

This winter, the price of food is going to be smashing!

There are two main reasons why Australian food prices are soaring:

The wind speed of a Category 270 hurricane can reach XNUMXKm/h, which is extremely destructive.

It can set off huge waves in minutes,

Many vegetable gardens have fallen...

The next news isThe crops were greatly damaged:

"Tomatoes, bell peppers and other crops have been severely damaged by Hurricane Debbie!"

Most of the tomatoes and bell peppers in Australia are supplied by Queensland. Although local farmers tried to protect these crops that were about to be harvested, 95% of the crops were ruthlessly destroyed.Then the price of the remaining 5% of the dishes must soar...

The Planting Industry Association officially stated that if the crop is further destroyed, thenAt the end of May and early June, the price of vegetables will definitely rise.This is also no way, the disaster escapes.

As soon as the news came, the Australian people recalled the fear of being hit by a hurricane last time:

As soon as the news came out today, it caused everyone's panic again...

"No! Yasi has already raised the price of bananas, don't even bring up my tomatoes!"

In addition to Queensland, which is being directly devastated by Debbie, other parts of Australia are also beginning to appear due to the indirect influence of Debbie.Heavy precipitation and extreme weather.

The warm and humid environment makes the mice happy...

Changes in the weather have allowed rats to multiply,Now the number of rats has reached the critical value of becoming a rodent...It is not too dangerous! All the crops ruined by the rats can only be destroyed, and there is nothing left of that vegetable plot for people to eat!

The worst-hit areas for this rat infestation are in NSW, Victoria and South Australia!

Farmers have to closely observe the vegetable fields that are about to be harvested.

The large number of rats will directly affect the harvest.

Experts pointed out that it was the best time to control the number of rats in the spring, but now it’s almost the harvest season.Can only control but cannot defend.

The activity of the rats has made the city residents feel threatened:

"I'm in South Australia, and my cat has never been so busy..."

Experts say that before the coming winter, the activity of rats remains high.Crops have been hit hard, and the prices of fruits and vegetables will surely soar.

At this time of harvest, all humans can do is to keep a close eye on the actions of the rats and minimize losses.Anyway, the price of vegetables can't be suppressed...

To make matters worse, the rodents cannot be completely eliminated at once, and the rodents eat everything... Even if it is barely controlled this winter, there will be a new wave of attacks next spring. At that time, the price of vegetables had to rise again...

All in all, under the clutches of this hurricane,The price of food is already incapable of returning to the sky... 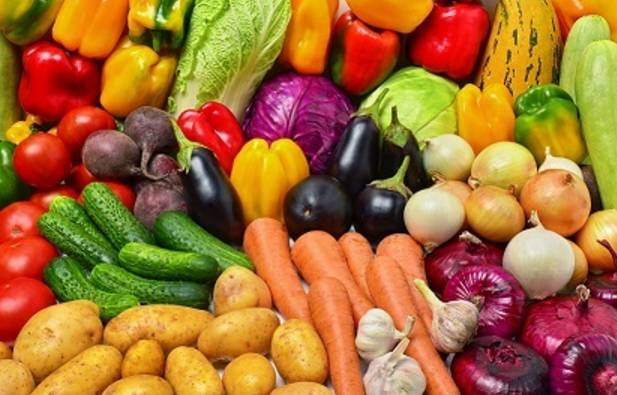 "Hurricane Debbie: Vegetable prices are affected, and they are advancing rapidly"

You know that Australian food is expensive! How can you call the poor in favor...

"I can't afford 8 yuan a kilo already...I'm going to start growing my own vegetables!"

You said that only meat can't supplement the vitamin ABCDEFG?

The English textbook has clearly taught "How ru" to answer "Fine Thank you And you?". Why do Australians say "Good"?