These colored areas show which country in this suburb is the largest group of residents in the area other than Australian natives. FromChina Mainland(Except for Hong Kong, Macau and Taiwan) people are basically the largest "foreign group" in most of Melbourne's inner city, eastern and southeastern suburbs (not necessarily high in population, but they must be the largest non-Australians in population).

AndIndianIt is represented by pink, living a bit far away, scattered, mainly in the west.

VietnameseIt is concentrated in the western suburbs and the Richmond area in the east; however, regardless of the purple color of Richmond, the Vietnamese account for 5.5%. 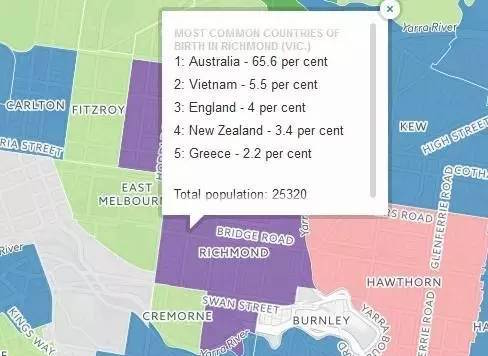 The food in the vegetable market is so cheap and so cheap Footscray has more Vietnamese, accounting for 10.7%. 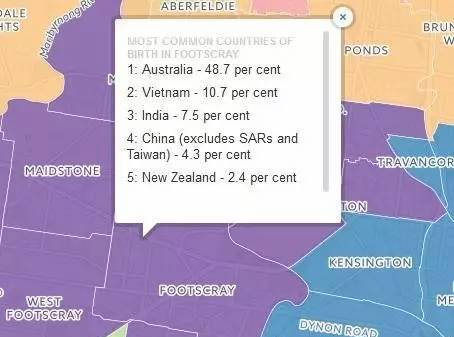 BritishIt is mainly concentrated in the outer suburbs of the northeast and the southern coastal area, with a small total population;

For example, Brighton, which is a bit expensive, is only 5.8%. 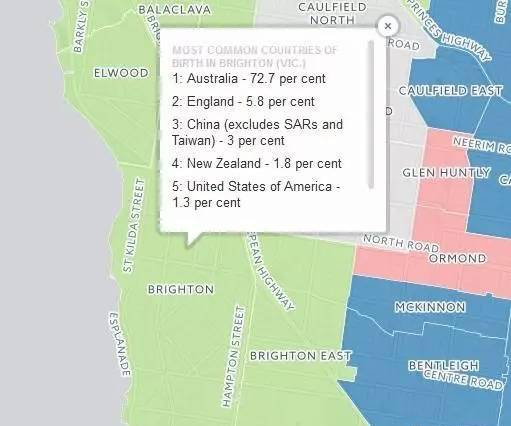 There is Cranbourne down here, which is also an Indian area. In Boxhill today, 29.7% of residents were born in China; 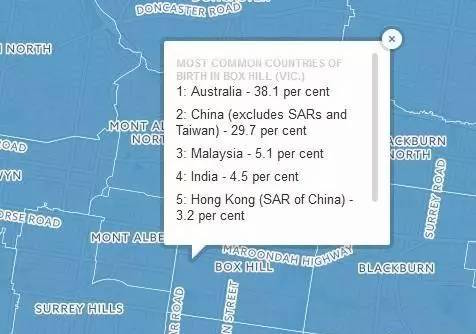 Clayton, 27.1%, this proportion has surpassed that of local Australians. 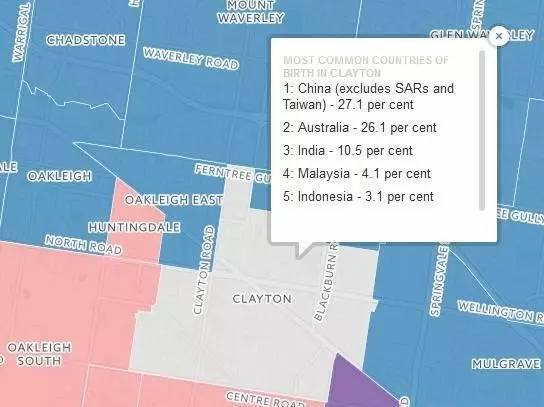 MelbourneCBDIt is another area where there are more Chinese than Australians, reaching 24.4%, and one of the reasons is the large number of Chinese students studying abroad. 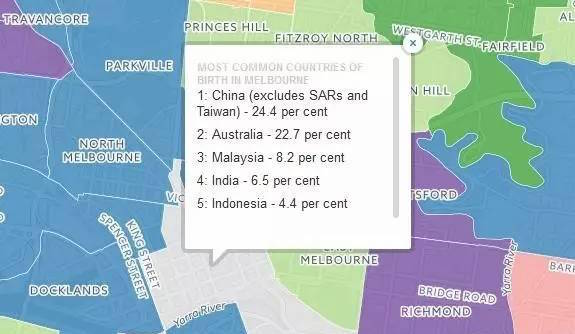 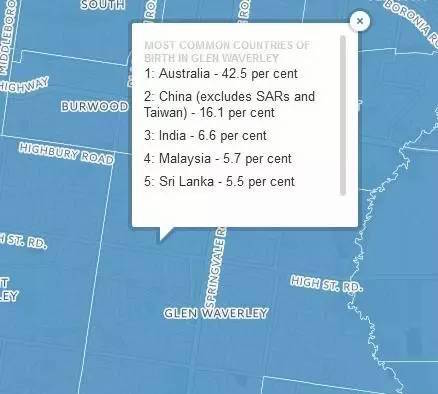 Today in South Yarra, Chinese residents (6.3%) have already surpassed the British, as is Toorak next to it (3.9%). 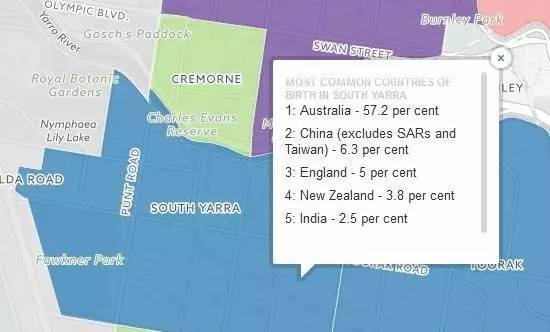 Melbourne’s true north area isItalian和GreekIn the world, there were a lot of old immigrants, and they came after World War II. Many residents are now in the second and third generations, all born in Australia. However, Carlton was originally a famous Italian center in Melbourne, but now there are 25% Chinese here. Of course, many University of Mexico students live here and must have completed the census form on time. 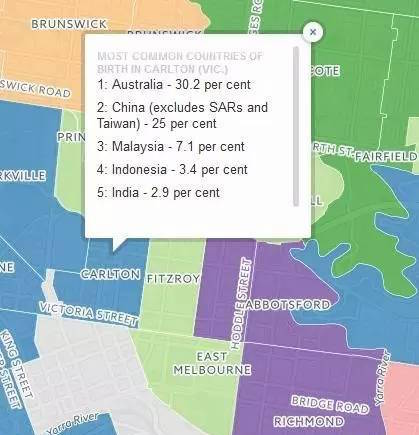 New ZealanderIt seems as if they are all discussed, just want to live in Spotswood. There is an area in the north of Melbourne that gathers Middle Easterners, mainlyIraqi. In a place called Roxburgh Park, 18% of the population comes from Iraq, which was at war. Near this area is the Indian community centered on Craigieburn. 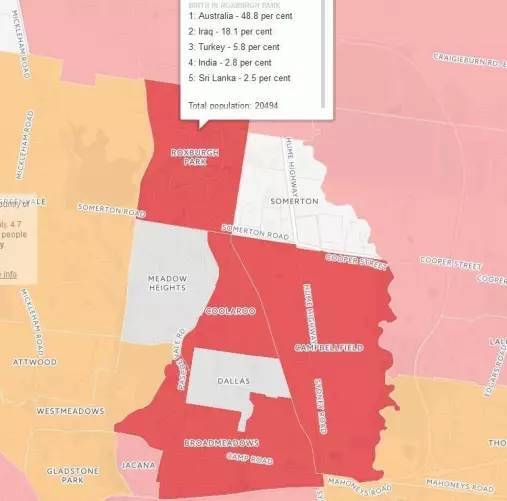 Finally, the stupid editor finally found out, dare to loveIndianThe rule of living is the terminal of the train line...

Want to take a closer look at this map by yourself? enter:

Melbourne's train schedules have been greatly adjusted starting this week. The governor also invites you to name future subway stations

The Australian government has attacked the refugees! Drive out of government housing, cut off financial assistance, and eventually be deported