The Australian Chinese female shopkeeper madly chased the knife-wielding bandits, but was stabbed several times without realizing it! "If I choose one more time, I will still resist."

In the world, there are women of this kind who have great energy in their small bodies. In the world, there is such a woman who looks delicate and fragile, but lives in her heart a burly giant. Maybe you will be surprised, what kind of woman has such a powerful force. 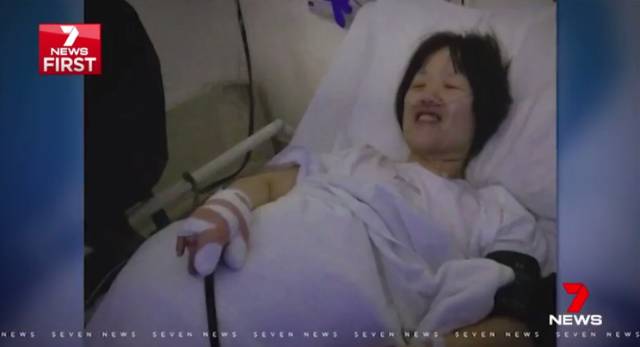 But if the editor tells you that this is a mother, maybe you won't be surprised.

Anita Chen opened a newsstand in Carlton North, Melbourne. The business is not bad, and there is not a constant flow of customers, but the money she makes is enough to support herself and her two sons. Anita is a Chinese single mother who raises two sons alone in Australia.

What her life is like, we can't make much speculation, but only to hear that she is raising two sons by the newsstand alone, and we think that she is a great mother.

On the afternoon of Wednesday, August 8, Anita sat in the newsstand as usual. At about three o'clock, a white man in his 9s came in. Anita thought it was a customer who wanted to buy something, and greeted him friendly. She was about to get up and ask him what he wanted to buy. He didn't expect the man to hold a knife in his hand and ask her to take out the money from the cash register. 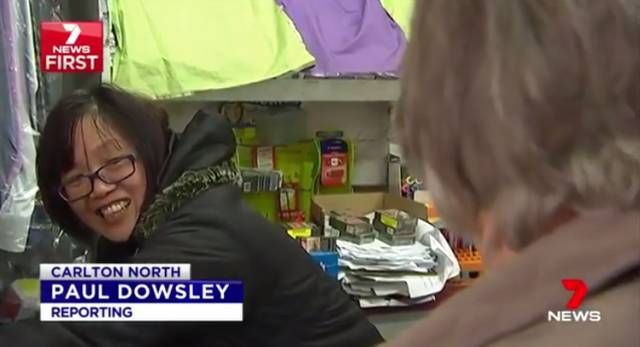 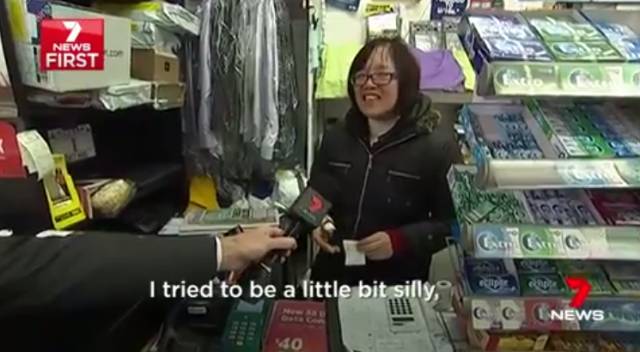 The man didn't care whether she understood or not, he began to smash the cash register rudely. Anita tried to resist. She wanted to recover the silver machine from the robber, but the knife in the robber's hand was too sharp. After several attempts, her hand was scratched. 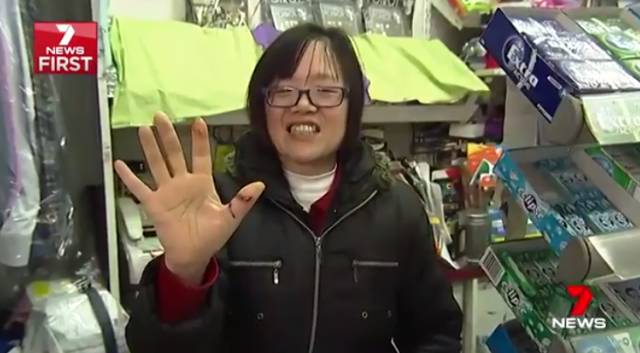 But she didn't care whether she was injured, she still rushed forward and screamed loudly. In the end, the robber couldn't open the cash register, and simply snatched the whole machine away. 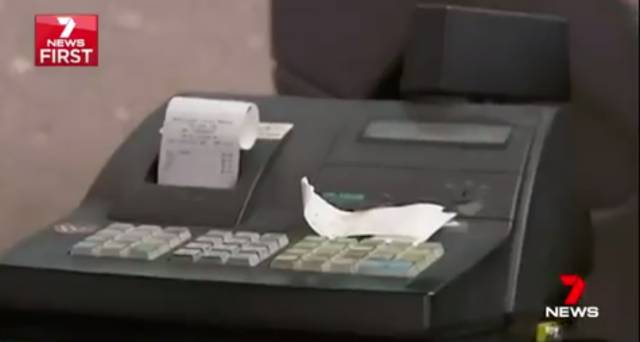 Robbery in broad daylight? ! Isn't it because the culprits think Chinese women are easy to bully?

Anita thought this way, and felt that she could not let the gangster feel that she was bullied, so she chased it out unwillingly... Her scream also attracted the attention of passers-by and the surrounding shops, and when she heard the sound, she came out to find out.

They saw that the normally weak-literate and particularly good-tempered female boss, when faced with a knife attack by the gangster, she hit back with bare hands and desperately.

The man ran to the side of the road and got in a taxi, intending to escape in the car, but unexpectedly, Anita followed closely and opened the door just as he closed the door. With the help of onlookers nearby, Anita dragged the man from the taxi. 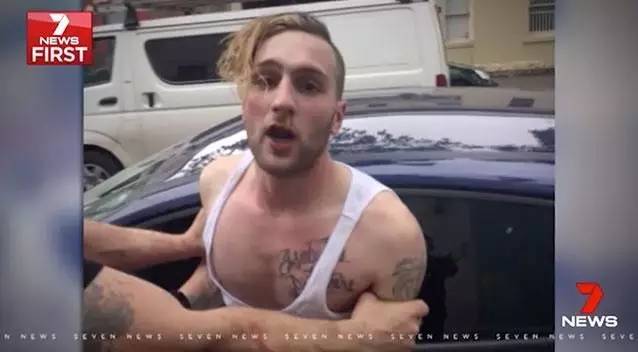 It wasn't until she pulled the man off the car that she noticed that the blood on the door handle was stained with blood from the wound on her hand. 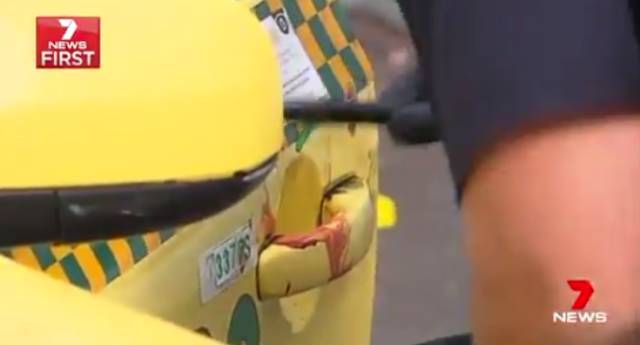 After that, the owner of the coffee shop next to her asked her if she was injured. She said she didn't know, but she seemed to feel a little pain in her stomach. 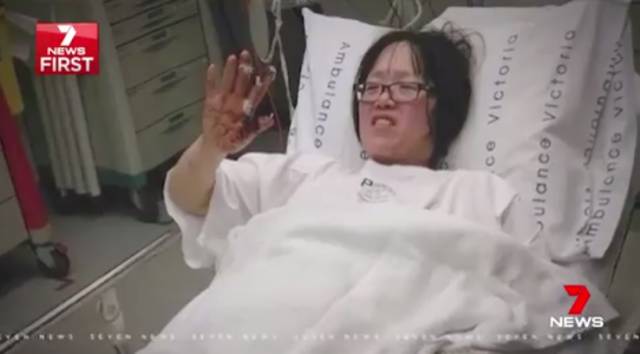 When she opened her clothes, she saw that she had been stabbed several times by the robbers, and she was still bleeding.

Anita said, "I don't want him to think that I am a woman, so I am bullied. What benefits can I get from me." 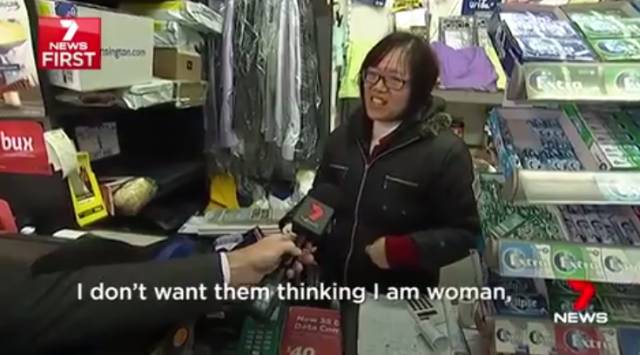 "Maybe my actions scared the people around, and they might think it's not worth it." 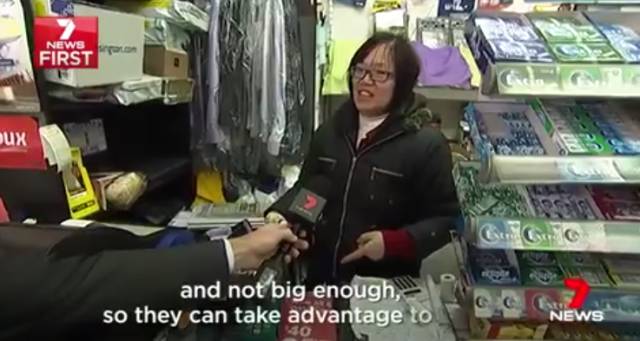 "But if I were to choose one more time, I would still resist."
Anita's resistance really surprised many people around her who knew her. 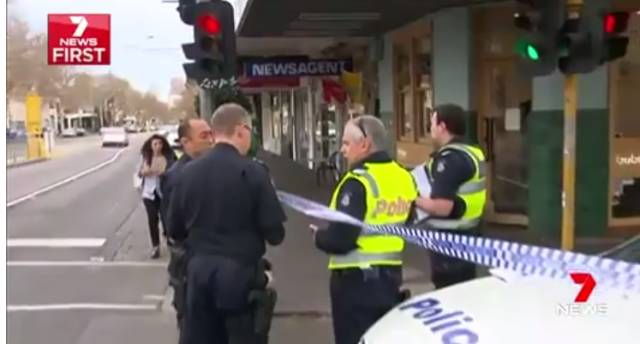 A regular customer of the newspaper and magazine said, "Anita's spirit is respectable, and she is usually a very friendly person." Anita treated the wound in the hospital, and after a two-week break, she continued to work in the store.

She will continue to attend classes seven days a week so that her two sons can attend private high schools...

Asian shopkeepers are never bullied, not because they know martial arts, but their spirit and courage. Not only are they worthy of respect, but ordinary people cannot invade.

Being strong never comes from a person’s appearance, gender, body or skin color, but because we have a strong heart...

Man who abused kangaroos was arrested in Melbourne! Swords and guns found at home can be sentenced for up to 2 years! Thank the public for helping solve the case