In order to protect the smoking rights of diners, some restaurants in Melbourne do not provide outdoor dining

Since the Victorian government announced the implementation of a mandatory outdoor smoking ban from August 8st, it has triggered heated discussions.Some restaurant owners do not hesitate to do anything to keep their "business" from losing a lot of money due to the smoking ban. In Oakleigh, Melbourne’s southern district, many restaurants have even stated that in order to allow diners to smoke "legally", they will completely ban serving dishes in outdoor dining areas.

Yes, you read that right! Because Eaton Mall in Oakleigh is Melbourne's largest concentration of Greek communities, and it is also a paradise for Greek seniors in the morning. Over the years, the outdoor dining area there has become a smoking "concentration camp." Drinking a few sips of coffee while smoking cigarettes forms a unique tradition. Since the new smoking ban has been officially implemented on August 8, smoking is almost completely banned in all outdoor dining areas. Many restaurant owners have taken a fancy to the gray area of ​​the new law.Therefore, it is forbidden to serve food in the open-air dining area at certain times of the day to allow smokers to smoke.

The editor will review the new legislation for everyone. in short,Under the new smoking ban, only restaurants and bars are allowed to provide a four-meter buffer zone in enough space or set up 2.1-meter-high shutters and walls to legally allow smokers to smoke. In addition, there is no smoking restriction during non-serving and dining periods. Kentro is a popular Greek restaurant in the heart of Oakleigh shopping mall. Acting manager Giorgio Sfrantzis said that this new law has not only triggered increasingly tense relationships between businesses, but also may cause fierce competition between each other and even lose old customers. Because the land in the mall is limited, basically the table is next to another table, and whatever you do will affect the people next to you. We really have no choice but to spend thousands of dollars to build a buffer zone for smoking customers in the next few months. 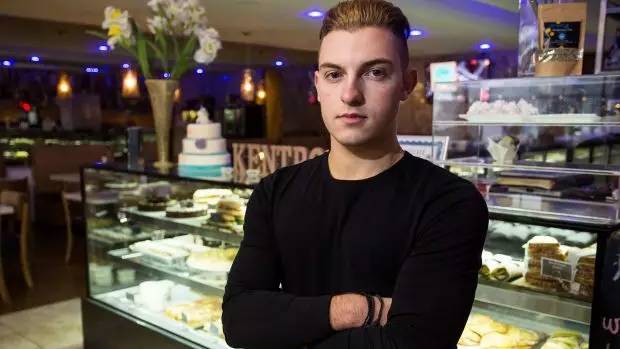 Kentro Oakleigh said that the restaurant will not serve food in the open-air dining area from 9 am to noon. Instead, coffee and smoking areas will be used. When it's time for meals, smoking is no longer allowed.

Sfrantzis puts it in earnest,"Many people may not understand that not letting Greek elderly people smoke is depriving them of everything! They spend nearly 6 hours here every morning chatting with friends, smoking, drinking coffee, eating cakes, rain or shine. After all. A large part of our customers come here not to eat, but to sit in the open air and smoke and drink coffee, so it is more effective for us to divide designated smoking areas." 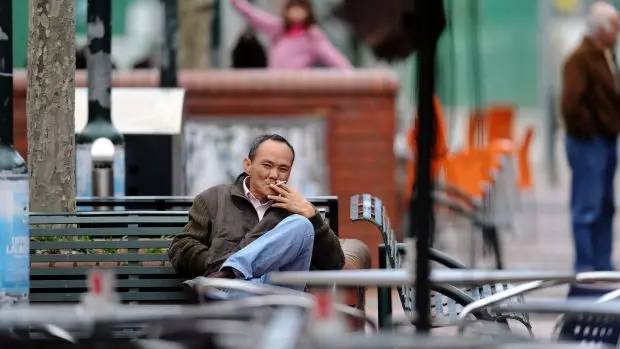 in contrast,Some businesses hope to completely ban smoking, so they can serve food outdoors all day long without being afraid of being affected by other smoking restaurants.Member of the Monash City Councilor Geoff Lake also expressed concern that “the state government’s legislation has many loopholes that not only allow businesses to avoid the prohibition, but also provide some businesses with a more favorable competitive advantage.”

Currently, more than 75% of Monash residents hope that Eaton Mall will be completely non-smoking, and these restaurants ignore the demands of most citizens. Members said that Eaton Mall is one of Melbourne's worst smoking areas and has always had serious public health problems. He is considering seeking legal advice and assistance in order to promulgate a regional ordinance to make the district a ban on smoking.

The opinions of netizens are also divided into two groups:

Yes, I'm pretty sure that the elderly in Greece will buy you a cup of coffee, and sitting in your shop for three hours will be enough to pay your rent.

Time will tell you how stupid this illegal act is to let others smoke without providing meals? You will bear a painful lesson for your decision!

Don’t you think it’s ridiculous? They would rather let the old Greeks sit outside for a few hours and smoke, drinking only the cup of coffee, than let the diners dine outdoors. Shouldn't it be better for diners to spend money on food? Isn't this what a normal catering business should think? Just like the previous smoking laws, no matter how they resist, they still have to accept it in the end.

Maybe it's time for them to find a new interest. It's not because smoking causes cancer in themselves, but also affects the health of others' lungs. If you have lived for so long and a cigarette is the only value of your survival, then it is time for you to reflect on the value of your life.

Smokers are also taking away the quality of life of innocent people. The person sitting next to you doesn't want to inhale large amounts of deadly nicotine. Be sober, don't influence others in public places if you want to kill yourself!

Against the smoking ban:

I don't smoke, and I don't like having smoke with me when I eat. But if I choose to go to a coffee shop where people smoke, it is all I expected. Whether to go or not is my own choice. It's all adults, please. Anyway, I don’t support banning the civil rights of others.

To dear Congressman Geoff Lake, after reading this report, it is estimated that your political career should be over. I don't like smoking, but I can understand the desire of others to smoke, and I support the business practices.

I don't smoke, but if smoking is legal in Victoria and the government receives the corresponding tax, then they should not be banned from smoking. This will affect their business and it will be difficult to survive.

Why not let smokers smoke? I don't smoke, but I still respect smokers who want to enjoy the joy of smoking.

Many people die in car accidents every day, so should we also ban cars? I want to ban things that others want to ban for so many years, I am not a smoker. But I think breathing and farting will be banned soon.

They can continue to eat, drink and smoke, they just need to stay away from food, no big problem

What is the next law? Dogs are not allowed outdoors because they don’t want animal hair on the food...it’s a joke

Do you have any opinions on the new outdoor smoking ban? Welcome everyone to discuss and discuss!

These good things are only available in Aldi: Aldi Goods Shopping List is here

"Our country doesn't have so many resources." Dick Smith spent A$1000000 million on TV commercials, advertising that the number of Australian immigrants should be reduced