According to an Australian media smh report, judging from the latest leaked Australian government's new policy, the sugar treasure government is about to attack refugees! Under this new visa condition, These refugees will have a fortnightly $200 government financial aid that will be cancelled on August 8, and will be given 28 weeks to move out of government-provided housing and find work and a place to live by themselves.

In this document, the statement about this visa is as follows:

"You will be expected to support yourself in the community until departing Australia,"

"You will be expected to support yourself in the community until you leave Australia."

"From Monday 28 August you will need to find money each week for your own accommodation costs. From this date, you will also be responsible for all your other living costs like food, clothing and transport. You are expected to sign the Code of Behaviour when you are released into the Australian community. The Code of Behaviour outlines how you are to behave in the community."

"From August 8 (Monday), you will need to find out your weekly accommodation expenses. From this day on, you will also be responsible for all your other living expenses, such as food, clothing and transportation. When you arrive When you are in an Australian community, you should sign a "code of conduct" document. The code of conduct document outlines how you should behave in the community."

Moreover, this visa only allows these refugees to temporarily live in Australia, and they will eventually be repatriated! It is understood about 400 asylum seekers and their children are living in Australia at present after medical transfers from offshore processing and all of these people could be hit with the new visa conditions.

Currently, about 400 refugees (including children) have come to Australia because of health problems. They may all be affected by the new visa. 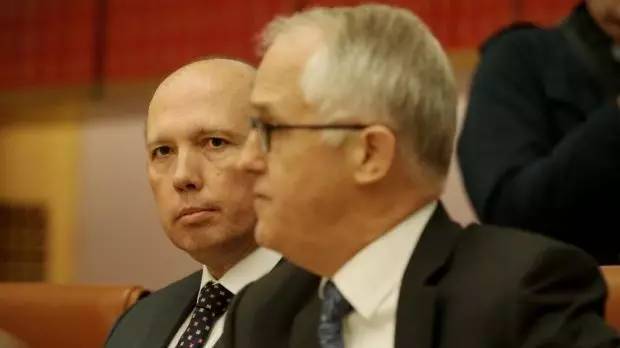 The new visa allows refugees to work in Australia, but because there is a condition of "eventually leaving Australia" in the visa, it is very unlikely that they will be able to get a job unless they go to some illegal work with very low wages.

In addition, the visa stipulates that refugees over the age of 18 are not allowed to study in Australia, which means that those refugees after the age of 18 can only be forced to drop out of school.

Any refugees who get this visa can leave the country at any time, and those with better health will be the first to get a new visa. The first batch of visas will be issued mainly to refugees in NSW and VIC!

What do you think about the sudden change of the Australian government and the operation of the refugees?

The movie about killing kangaroos by Chinese in Australia went viral, with 19 cuts on the neck! Netizen Rousou suspected of being from Shenyang in Melbourne

The Australian Department of Immigration and Immigration has launched a new visa approval timetable, which is updated monthly, and better planning in the future

There are mysterious numbers on the Australian egg cartons, which originally hide the date of egg birth