The City of Melbourne wants to introduce 20,000 refugees and get PR immediately! What do you think?

This week, the City of Yarra in Melbourne passed a motion to put pressure on the Australian Federal Government to provide 20,000 Rohingya Muslim refugees from Myanmar with the opportunity to asylum in Australia and issue PR immediately! According to Melbourne’s most influential newspaper The Age and Herald Sun, the City of Yarra in Melbourne’s southeast inner district passed the motion as follows:

1. The United Nations is concerned about the military genocide suffered by the Rohingya in Myanmar, and we ask the Australian Federal Government to recognize this.

2. Australia should stop military cooperation with Myanmar and impose sanctions on Myanmar officials involved in atrocities According to the Herald Sun, Ms. Stone said that the city of Yarra has always accepted persecuted people and is proud of supporting them to settle in Australia.

In addition, the Darebin Council government has also passed a similar bill, authorizing the Green Party Mayor Kim Le Cerf of the council to write to Australian Prime Minister Tan Bao, asking him to raise concerns about the Burmese government's alleged persecution of Rohingya Muslims.

However, political affairs expert Daniel Wild pointed out that the City of Yarra government’s motion is not feasible."City of Yarra is only a local council after all, and their attitude towards this kind of international affairs is more like a demonstration of virtue,"The expert said.

Australia's political system imitates the British Westminster Abbey system and adopts a parliamentary system. From the central to the state, city, district, county and municipality, state councilors form a state government and city councillors form a city council. Therefore, the origin, the meaning of local "council" in Australian English is equivalent to local government. The Rohingya are Muslims living in the northern Rakhine State of Myanmar. Their ancestors were Bengali who were introduced in large numbers during the British colonization of Myanmar. Britain introduced them with the intention of assisting its colonial rule. During this period, the British provoked battles between the Burmese and Rohingya, and the two clans gradually forged blood and blood. After the British colonization ended, the Rohingya who had lived here for a long time already considered themselves a minority in Myanmar. The Myanmar government has always denied this, insisting that they are illegal immigrants from Bangladesh.
Since this year, there have been many terrorist attacks in Rakhine State, killing hundreds of people. The attack and subsequent encirclement and suppression operations by the Myanmar side caused a large number of Rohingya to flock to the Bangladesh side through the Myanmar-Bangladesh border. According to many media reports, large-scale massacres and rapes against the Rohingya occurred during the encirclement and suppression operations. Australia has received a certain number of Rohingya Muslim refugees before, but the resettlement of them has not been satisfactory. According to local Australian media reports, they received a small amount of welfare payments. Due to language problems, they could not find a job in Australia, and the visa conditions for refugees restricted them from receiving job training, which led to some social problems.

The injured also included a child and several Chinese. It is reported that the fire also caused serious damage to the building where the Commonwealth Bank is located, with direct economic losses of up to 250 million Australian dollars. 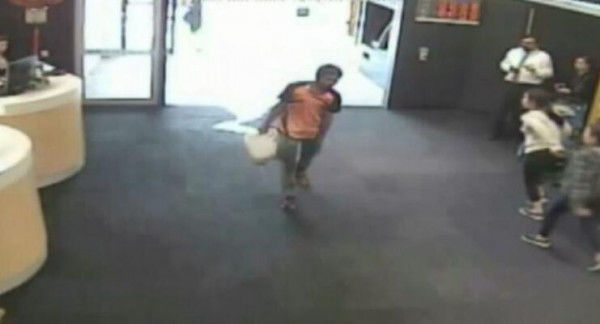 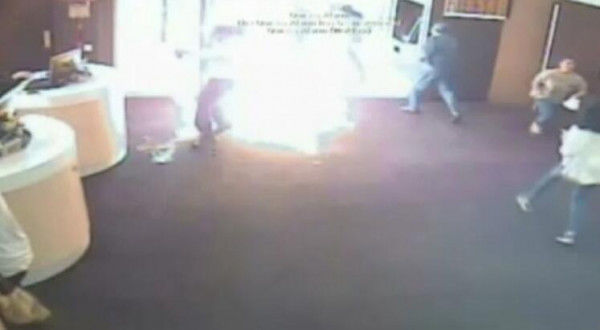 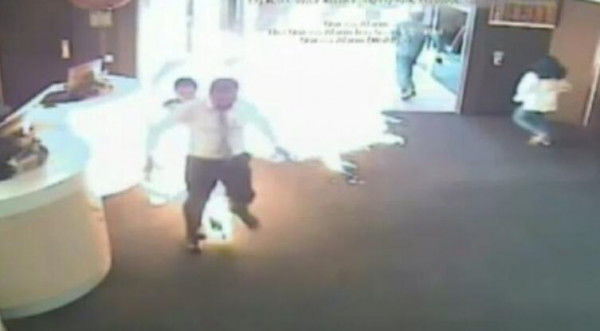 The surveillance video at the time showed that Nur Islam picked up a bucket outside the Cafe Asmara in Springvale district on the morning of the 18th, then walked into the nearby Caltex gas station and filled the container with gasoline. A few minutes later, he returned to the Federal Bank and lit the gasoline. It is reported that the reason why Islam rushed into the bank and set himself on fire was because the Welfare Department stopped his relief funds. Before the incident, he had been applying for loans from the bank. The Australian Nine News reported that Islam is facing 108 charges of arson, damage to others’ property, and intentional injury. His defense attorney stated that Islam spilled gasoline on himself and on the floor, "just trying to ignite himself."

According to Australian media reports, there are still many refugees like Noor Islam living in Australia. They live on only 30 yuan a day. Many people only speak a little English and are not allowed to engage in regular jobs. Most asylum seekers living in Australia on bridging visas lead a precarious life, and most people have to live with anxiety caused by uncertainty for many years.

Sister Brigid Arthur, the coordinator of the Australian Refugee Project, called for sympathy for Nur Islam. She said that it was the government’s policy to “stop the lives of these people without giving them any certainty or a sense of security for the future. And make them live in poverty and isolation".

Sister Bridge said that asylum-seekers suffer from severe isolation and poverty. 89% of their income comes from job search allowance, which does not exceed 30 yuan a day. But few people are willing to disclose their hardships for fear of endangering their permanent residence applications.

Barry: This city council should be dissolved immediately!

Sam: There are already more than 100,000 homeless people in Australia. This is a good idea (of course not)

Of course, there are also Chinese Australians who have expressed cautious approval of this parliamentary move. An unnamed netizen, Mr. Chen, said that an Australia that is compassionate and benevolent towards refugees is more likely to have an inclusive attitude towards Chinese.

"Accepting refugees is a manifestation of humanitarianism, and Chinese people are more likely to live better under a government full of humanitarianism. I hope that the Australian government will grasp this matter well and accept them within its capacity. Refugees, and arrange a way out for them, instead of bringing in refugees for a good reputation and then ignore them. That will only make things worse," Mr. Chen said.

So, what do you think of this motion by City of Yarra? Should Australia continue to accept refugees?

The scary clown issued a warning and launched an attack on October 10. Queensland, Melbourne and all of Australia were named