The labels of Australian supermarkets have hidden mysteries. If you are not careful, you may step on the "minefield"

According to Dailymail reports, in the past few months, consumers have shared some puzzling and ridiculous tags they encountered in supermarkets online.It turns out that many labels have hidden mysteries! !

Australian consumer advocacy group CHOICE provides a platform for consumers toGive them the opportunity to share their own suspicious shopping experiences, and they need to be accompanied by photos;The group also set up a reward for this event-"Inferior Quality Award", the theme is the worst shopping experience.

Recently, a mother in Bathurst, New South Wales shared an experience when she bought toys for her child: about the wording of a poor toy label in a toy store! The label reads:

The original intention of the label is to express that many children like this cool airplane toy and love it.However, its wording is wrong!The word fondle is used to caress between the sexes! The Australian mother said that when her 11-year-old son saw the label, he immediately smiled and took her mobile phone, took this picture, and decided to share it.

CHOICE has received hundreds of consumers about "low quality" consumption experience and pictures. Some consumers share some experiences that do not fit their themes very well, although they cannot participate in the award selection,But it also provides a platform for everyone to communicate with each other.

Another Australian girl shared her experience of shopping in Aldi: She went to Aldi to buy a can of Australian sliced ​​beetroot, but only found out when she went home to use it.The introduction behind the jar, written in New Zealand! 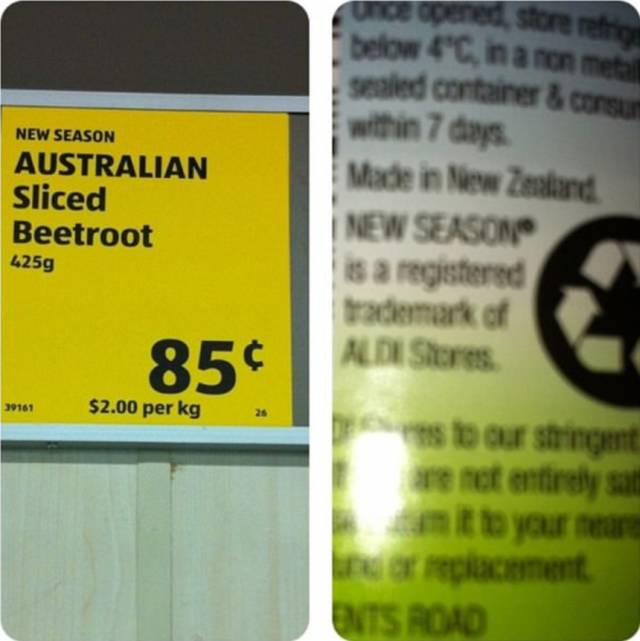 The discount is very small

For example, an Australian girl saw the following tags in woolworth! Although it says Special! There is a discount! however,The so-called discount is only 1 cent! No discount at all

Another type of supermarket shopping that is often shared and complained by everyone is that it says Special on the label!But the discounted price is exactly the same as before! 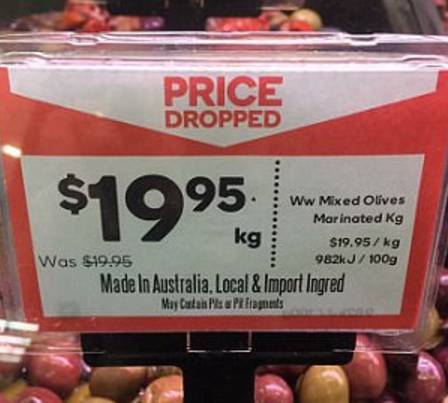 After the so-called discount, it is more expensive than the original price

A little brother in Australia shared a shopping experience that has always puzzled him: that is, there are some things in the supermarket,The price after Special is even higher than the original price!Once, he went to woolworth to buy meat and found a package as follows,The package says a big "reduced" price reduction!However, the original price of this package of meat is only 10.8 yuan! And now after the "price cut", it sold 56.7 yuan! 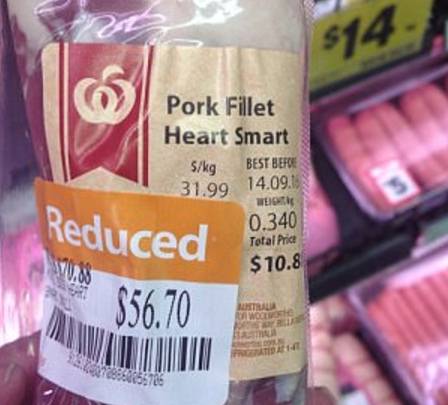 There is also this pack of peanut snacks as shown below, the original price is only 3.99 AUD! After the discount marked Special, it increased without reducing it, rising to AUD 4.09!

ThisThis kind of "price cut" and more expensive operation looked at people speechless for a while,Do you really think that everyone can't see the original price in such a big letter next to it?

In addition to these discounted "scam" labels, an Australian mother complained about Woolworth's other way of selling and placing goods that made her speechless:

This Australian mother happened by accident.I found it when I went to Coles and Woolworth to buy canned tuna,After seeing it, she took a photo of it and posted it on that website! On the visit to Woolworth, the Australian mother walked to the canned tuna shelf and saw lime and pepper canned tuna, so she decided to buy 2 cans. But when she went home to pack her things, she suddenly found that the two cans she bought had different tastes! One is lime and pepper flavors, while the other is oily!These two cans with completely different flavors were put together at that time, and from the appearance of the packaging, the color and size are all the same!

And another experience of going to coles to buy canned tuna also made her very unhappy! 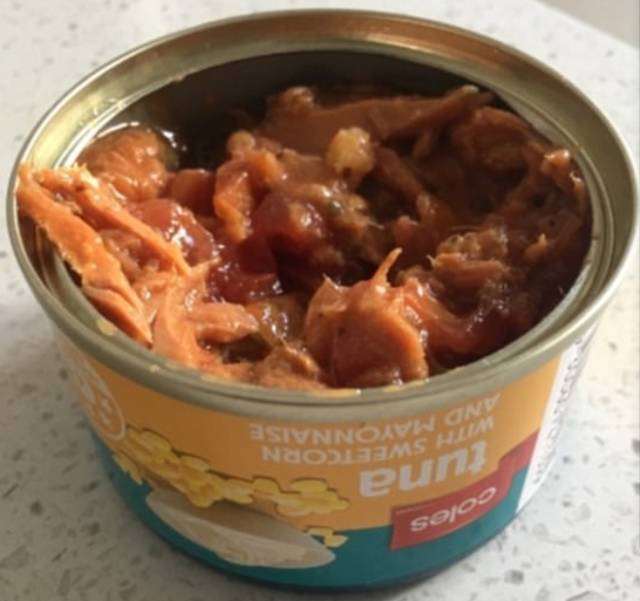 The label on the can that she bought at the time said the taste of "sweet corn and mayonnaise", but she rummaged after opening it, and there was no so-called sweet corn in it!This kind of cutting corners made this Australian mother very angry!

In addition to the above ones that need to complainProducts with misleading labelsIn addition, other types of product labels including cutting corners, such as someGoods that do not meet the standard, goods that contain false information, and goods that are damaged and low-value goods.

The following two packs of biscuits were bought by an Australian girl who went to the supermarket. Because she likes to eat Vita Weat biscuits, she bought 2 packs and went back! however,An inadvertent flip made her think she was dazzled! she wasThe two packages I bought were picked up on the same shelf in the same supermarket. The color and size of the two packages are displayed.They are the same commodity!

If you are not usually a person who pays much attention to the date, or someone who only sees the production date of a product, it is not easy to buy such an expired product!After all, who would have thought that the same product has such a big difference!

The CHOICE team screened the pictures shared by consumers and found that another kind of unpleasant shopping experience for consumers is about buying meat at woolworths.

That is,Woolworths will hide some fat!It looks almost fat-free! actually not! After taking the meat out of the package, turn over and you will find that the fat is underneath! (See below)

It turns out that the "thunder spot" in the label of Australian supermarkets is so hidden! People who go to the supermarket in the future should pay attention!

Victorians will take 115 days off next year! Hurry up and put away this 2018 annual holiday guide, as long as there will be a holiday, a small holiday every month!

Australian police announced the top ten most wanted criminals: a reward of up to 20 Australian dollars