Important news: IELTS A and G are determined to be tested by computer! The first game in the world was in Melbourne in December

What is the most annoying for IELTS? I can't finish writing the test! There is too long a gap between written test and oral English! The result is slow!

Presumably everyone who wants to get PR or study abroad has gone through these problems when fighting IELTS, but now these problems are no longer a problem, because-IELTS is about to start the computer-based test!

According to the IDP official announcement,From December, IDP Australia will usher in the first computer-based IELTS test!

This will also be the first computer-based test of IELTS A and G in the world.The test location is in Australia, right in Melbourne!

Class A is the academic class. Basically all international students in Australia have experienced it.

Category G is training category, which is mostly suitable for immigration or work, and may be needed for Australian naturalization in the future...

So after the computer-based test, what impact will it have on friends who want to take the IELTS test?

First of all, when is the computer-based test?

According to IDP official news, the first computer-based test will be12/12get on.

The future will beEvery Tuesday to Saturday from 9 am to 9 pmget on,3 games every day. How long does it take for the computer-based test results to come out?

Generally, results can be obtained within 5 working days. In addition, IDP officials also promised to shorten the waiting time between the written test and the oral test, up to 2 hours. Therefore, friends no longer have to finish the written test in the morning and have to wait until the afternoon to take the oral test.

How about the length of the computer-based test? After coming out of the elevatorWaiting Area (Watiting Area). Candidates will conduct a Security Check here;

After the inspection, you can go to the computer room. There are a total of 24 computers in the computer room for the written test, and they are all brand new, Lenovo computers! At least 1 meter wide between each seat, so that you can immerse yourself in the world of answering questions;

After the listening, reading and writing test in the computer room, candidates can go to Room 1-3 in the picture for oral test.

It should be noted that the computer-based test is limited to this test center of IDP:

How do I register for the computer-based test?

The registration method is as follows: 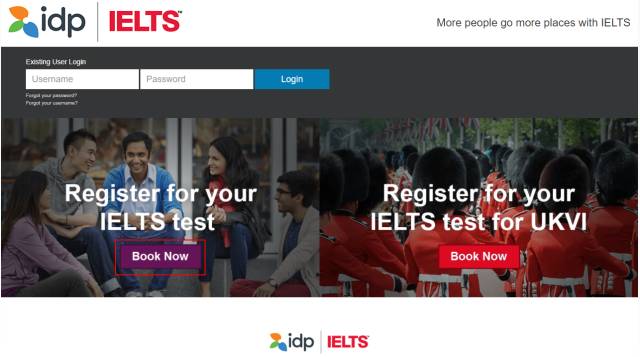 2. Select the country, region, test type, etc. of your own test on the new pop-up page, and then you can select the test site.

note,Please be sure to choose the second "IDP IELTS TEST CENTRES-MELBOURNE CBD", which is the one with the red computer-based test logo. 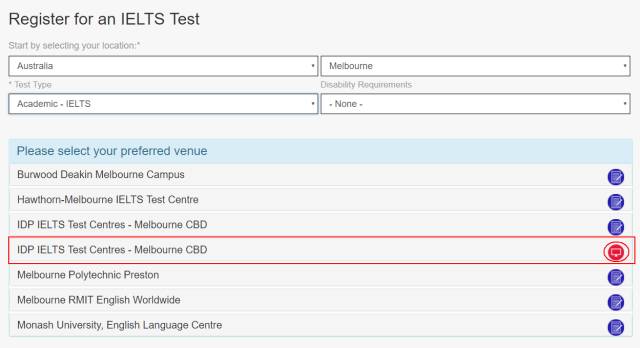 After that, the address of the test room for the computer-based test will be displayed as follows:

3. Start selectionTest date. Currently there are two exams for Category A on December 12th and 12th, both at 15 am There is only one G test at 12 o'clock in the morning on December 13th: No~ Only the listening, reading and writing parts are Compuer-based, that is, computer-based testing. The oral part still adopts the unique face-to-face test method of IELTS.This is also the oral test that IELTS is particularly proud of. Through face-to-face communication with the examiner, the examiner can better understand the true oral level of each examinee.

2. Will computer-based test questions be more difficult than paper-based ones?

3. What is the computer interface of the IELTS computer test? Is it convenient to use?

IDP has published a video of the IELTS computer-based test interface on its official website with detailed explanations. The video explains how to answer the questions for each body type in each written test and what the interface looks like.

Go to the following URL:

You can understand the computer-based test interface and answering process in advance!

4. IELTS will cancel the paper-based test in the future and will all become computer-based tests?

In the short term,Paper-based exams will not be cancelled completely. The two types of examinations should exist at the same time. You can choose Paper-based or computer-delivered exam format. 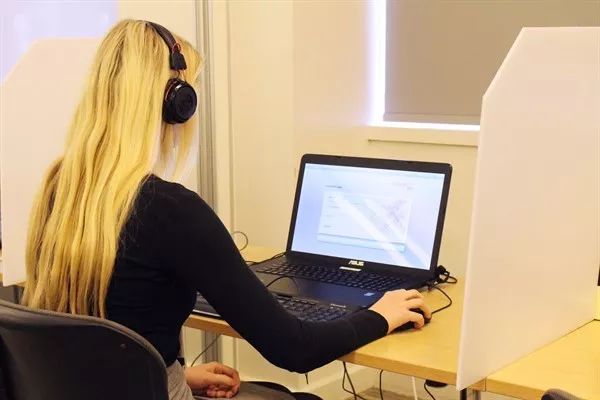 5. Is IELTS writing corrected by the examiner or by the computer?

6. What kind of students are suitable for taking the computer-based IELTS test?

Undeniably, suitable for students who take the IELTS computer-based test,The speed and accuracy of typing must be high. If the usual typing speed and accuracy are not high, or the typing speed is relatively slow, it will waste precious IELTS writing time. But for students who usually type faster and more accurately, the computer-based test is undoubtedly good news. If the typing speed is relatively fast, then there will undoubtedly be a lot of time to conceive the whole composition of idea and plan, which is really a very favorable condition.

Alert upgrade: heavy rain will break records! Flood warnings are issued in many districts of Melbourne, especially riversides. Don’t travel far in the next three days.