This morning, a kangaroo rushed to the Shanghai Port Bridge and started a frantic hunt with the police, chasing it from dark to sunrise

But what happened today...

According to a report by "News Australia", the sky was still dark at around 5 in the morning this morning. The morning shift crowds drove on the empty streets and saw hilarious sights on the Harbour Bridge, one of the famous attractions. Scene: A black figure is jumping in front of the car to compare speed with other cars! 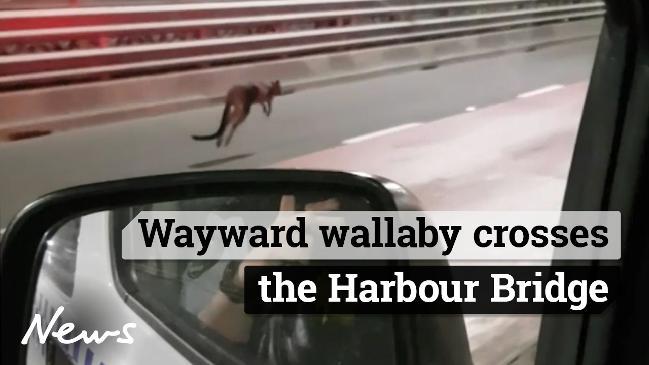 Because Sydney is too busy, wild kangaroos have not appeared for a long time, and they still appear in the CBD area, and they are happy there.Drag racing. "

It may be due to safety considerations that the vehicle in front stopped slowly, possibly trying to drive the kangaroo out of the middle of the road. Otherwise, if you have bad eyesight and you bump your head, it will not only hurt a life, but may also cause serious traffic jams.

At first, the kangaroo was also a little at a loss. Then, the kangaroo began to perform real technology, an elegant acceleration, lightly bypassing the blocking vehicle,Start running faster! 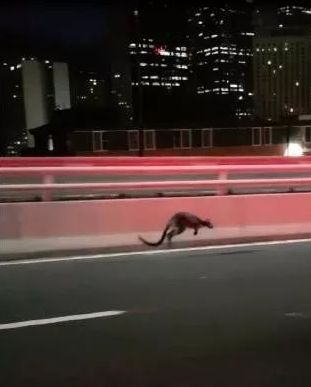 How to deal with this situation? The driver reluctantly chose to call the police. After receiving the news, the police car drove quickly onto the Harbour Bridge.The siren sounded to tell this lively kangaroo that you have been surrounded, so hurry up and surrender!

As a result, the kangaroo seemed to have found a new opponent, and speeded up again, wanting to go with the police car...

As a last resort,Police cars can only choose to accelerate.

In the end, the kangaroo was successfully forced to stop by the roadside.

When the kangaroo stopped, it became a little dull, licking its paws,Don't know what these stupid humans are going to do?

Unexpectedly, the kangaroo is an acting school, it turned around dexterously, and speeded up again.

Only the policeman looked embarrassed... I thought it was done, but I didn't expect to be fooled!

Then a new round of chasing battle started again.

The horn of the police car sounded again.

Because this chasing battle took too long, traffic arteries like the Harbour Bridge have already blocked many vehicles. 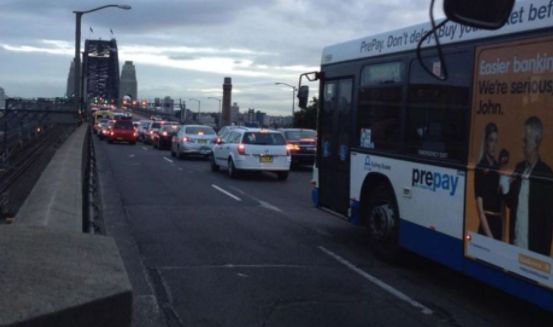 Many drivers thought that there was a car accident ahead, but they did not know that the kangaroo was racing with the police all the time.

During the period, the kangaroo stopped several times to provoke the police car.

But whenever the police got off the car, the kangaroo immediately ran away, leaving everyone very helpless...

Finally, the police drove the entire harbour bridge and still failed to "bring to justice" the kangaroo. In the end, in order to prevent the police's majesty from being hit by a kangaroo, the police blocked the section from the Cahill Expressway exit to Macquarie St.

Of course, it is more for safety considerations. After all, when everyone sees a kangaroo on the road, the first reaction is to avoid it, which can easily cause car accidents and some unnecessary collisions and accidents.

After unremitting efforts, after running for more than 5 kilometers, the kangaroo finally "failing".

Near the Conservatorium of Music, six police officers pressed him under him. This kangaroo friend slipped the police a whole harbour bridge, slipped from dark to sunrise, and was finally pressed to the ground. 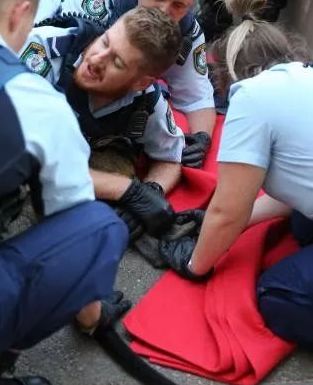 Because this kangaroo’s behavior was "bad" and the "crime" was serious, in the end, it was "Imprisonment"Get up, locked in the zoo. No longer can I see the Sydney Harbour Bridge at 5 o'clock in the morning, nor can I have a friendly match with a police car in the morning light.

The Australian Open designated water from China and was bombarded by Australians: this is the water of the most polluted country in the world, resist!