Go straight to the Australian Open 2018: Melbourne's most comprehensive guide!

Leung Seek medical advice 0 0
The opening ceremony of tennis, the first Grand Slam tournament to appear every year,"2018 Australian Open", The heat comes to Melbourne from January 1-15! Top star players have gathered, and the suspenseful see-saw confrontation is unstoppable. In the face of this world-famous blockbuster event, the editor has already prepared for you, from the Australian Open encyclopedia to the new season spectator guide. To you who can't wait and are ready to go! The Australian Open, which has a history of more than XNUMX years, has played in Australia and New Zealand.7Held in two cities, and finally locked in Melbourne, the birthplace. In 1988, the Australian Open moved from the previous Koyan Club to Melbourne Park. In 2018, Melbourne Park will also become the main venue.30anniversary! As the center of the Australian Open, Melbourne Park is home to more than 20 game-specific stadiums and training grounds. Among them, Rod Laver Arena, the largest and also used for the men’s singles finals, is named after Rod Laver. This Australian tennis superstar is not only the only player in history to win the annual tennis Grand Slam twice.200The singles championship trophy is also the highest record in the history of tennis. 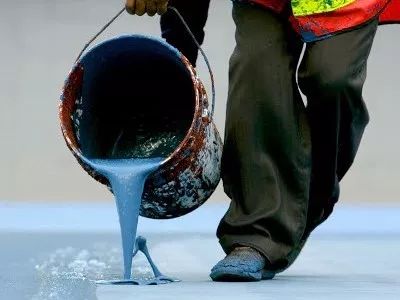 The Affair of the Australian Open in the Asia-Pacific Region The new season is near, and the most important highlight is the record-breaking huge bonus, the newly upgraded Rod Laver Stadium with a larger capacity, the dazzling top of the tennis team, and the dazzling event of the season. What? The following guide for the new season will interpret for you one by one! Adhering to the principle of “there is no highest, only higher”, the total prize money of the event will be increased to5,500Million Australian dollars, of which the men’s and women’s singles champions received 400 million Australian dollars in prize money, an increase from 201710%! So the question is, which tennis players will participate in this attractive competition for awards? In the new season of the Australian Open, the 2017% off the XNUMX men’s singles champion Federer will meet with the six-time champion Djokovic at the peak. Nadal, who has relapsed from a knee injury and ranked number one in the world, will finally confirm that he will be as promised. In the Australian Open, staged the highly anticipated "Three Kings Battle"! New mother Serena will make a surprise comeback and strive to win the Australian Open final for the eighth time, tying the legendary record of 24 championships in the singles of the Australian celebrity Margaret Women's Grand Slam! Popular theme parkAO Ballpark, 2018 is bigger and more fun, from the creative inspirational Lego play area, the surprise injection of Disney elements, to the fun summer rock climbing and colorful face painting, as well as the mini stadium of ANZ Tennis Hot Shots, Let the children try their skills and fall in love with tennis! The Australian Open Carnival, where even adults will fall, is super suitable for the whole family! On exclusive theme dayKids Tennis Day, Not only can you go to AO Ballpark to enjoy all-day entertainment, you can also meet many superstars at Rod Laver Stadium, watch the stars lead a fun tennis match, show off their tricks, and detonate the audience with passionate singing and dancing! Surprise landing on January 1, this day alone, don't miss it!

*Need to purchase a dedicated ticket Such a popular Australian Open, how can there be no hot live music to help out! In 2018, the grandest in historyAO Live StageWonderful coming, 15 days of music carnival party, many groups of popular big names and bands enthusiastically joined, the popular music and the boiling shouts on the field will form the strongest resonance! Don't want to miss your favorite star? The performance schedule is here, please check in advance: https://at.umeng.com/f41rWz Food is also indispensable for a perfect Australian Open trip! During the game, there are both"AO Top Chef Series"The super gourmet experience presented, and the delicious Pop-up restaurant cooperating with many popular famous stores, rich and exclusive food selection, and the price is absolutely affordable! Eat and drink to replenish energy and be full of energy before you can compete in the exciting arena again! The Australian Open is so hot, there is no need to say how popular the tickets are, especially for the men’s and women’s singles finals. I just want to sayDon't hesitate, grab the ticket right away!

Those who are going to watch the game for the first time, don't have to worry about getting lost and miss the long-awaited game. The super practical map and traffic guide are provided to cure your road dementia in one second!

*You can take the tram for free with the Australian Open ticket and Ground Pass one-day ticket.

Talking about the Design Conception of Yuhua Gem