write an essay
Release your eyes, put on headphones, and listen~!
On Tuesday morning, a familiar and spectacular scene appeared in front of a famous Australian public primary school:
Dozens of parents brought tents in line at the school gate all night,Just to get a place for the children! And that day was the day when Ascot State School, one of Brisbane's most famous public primary schools, issued the registration form. Therefore, many parents who live outside the school district start to line up at the school gate several days in order to get a place for their children. They dare not leave at night and can only sleep.Either sleep in the car or set up a tent directly at the school gate. 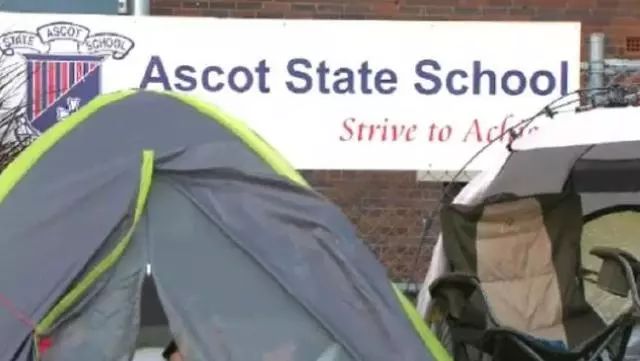 By that morning, there were already many people in line at the school gate. In an interview with the reporter, a parent who looked like a Chinese said,She has been here since Saturday morning and has been guarding here in turns with her husband. 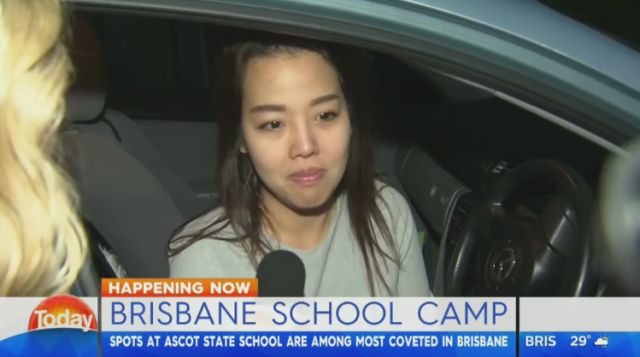 In fact, this is not the first time this situation has occurred. Every year, at least dozens of parents line up outside this school all night to wait for the registration form.

However, after filling out the registration form, parents have to wait untilMarch this yearThe school will announce the remaining admissions.

That is,Parents queuing so hard does not guarantee that their children will be admitted. Because there are dozens of people lining up to sign up, but there may be only a few places left in the school, the parents who line up behind are a waste of time.

Last year there was a parent who waited for several days and months, and finally learned that the child still failed to enter this school.

But even so, the parents still worked tirelessly, queuing here one after another every year.

During the interview, a father expressed the aspirations of all parents:

"no way,In order for children to go to a good school,We must do our best! " 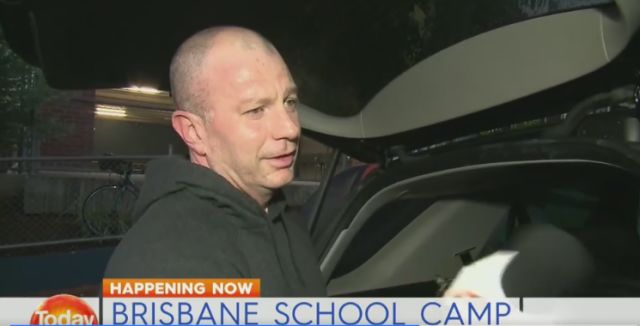 It can only be said that whether at home or abroad, parents want their children to receive high-quality education in the same mood, regardless of whether it is at home or abroad.There are only a handful of outstanding public schools, with tens of thousands of people competing for them.Therefore, in order for their children to go to a good public school, some Australian parents have to buy a school district room for selling iron, so it is not difficult for us to understand whyMelbourne's school district council is so expensive!

How expensive is a school district room in Melbourne?

In the VCE college entrance examination last year, it was favored by Chinese parentsBalwyn HighIs the best non-elite public school. The school has campus restrictions as well as elite classes, and the median house price in the campus has reached as high asOne million Australian dollars!

For example, in the school district of the famous South Yarra Primary School, the median house price was already in June last year.Over 200 million Australian dollars!

Than a non-school district room just one kilometer awayThat's $565,000 higher! Last October, a house in 10 Charles St, Bentleigh East, in the school district of the middle school was sold170 million Australian dollarss price. In January this year, it was located at 1 Lilac St, Bentleigh East, not far from the house above, and the configuration was similar to it, but a house not in the school district was only sold.125 million Australian dollars, 45 Australian dollars! 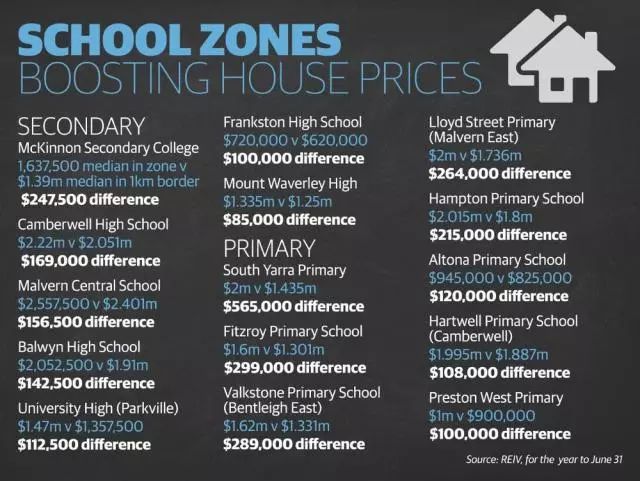 School district housing is not only expensive, but the rate of increase is amazing

According to a report by Domain last year,The five middle school districts with the fastest house price increase in Australia are all in Melbourne!

such as,University High SchoolIn Parkville, where housing prices have risen in one year23.7%!
You know, the price increase of 10.3% in Melbourne as a whole is considered a very high increase, and the school district room here is directly double!
It is estimated that there are many contributions from Chinese parents. Because University High School is close to the University of Melbourne, it is the most well-known among overseas home buyers, especially sought after by the Chinese. According to the introduction of Domain,Buyers in this area are also mainly from China! In January this year, the Australian services group ASG released a "Planning for Education Index" (Planning for Education Index), which mentioned that in the past 1 years, the tuition fees of Australian private schools have increased by $10!
The increase is as high as 61%!Is twice the inflation,It even throws out the salary increase several blocks!
Moreover, the tuition fees of private schools are still rising!

EdStart, an Australian company that specializes in tracking tuition changes and providing guidance to familiesNearly 200 private schoolsAccording to the survey report,In 2018, only 12 private schools did not increase their tuition, Everything else went up! The most,Tuition fees have increased by 15% in a year! All private schools in Victoria, except Ozford College, have also increased!

Although the tuition fees of public schools have risen by 10% in the past 23 years, they are still very cheap compared to private schools. So now, there areMore and more Australian parents are choosing public schools for their children.
According to the latest data from the Australian Bureau of Statistics, the proportion of students in public schools has increased to65.5%. 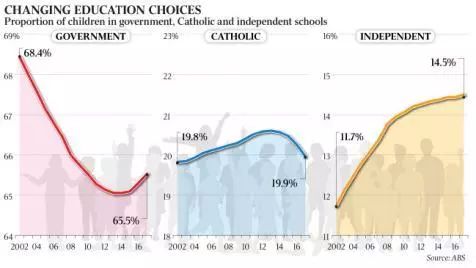 If this continues, there will be more and more children in public schools. I wonder if the school district will become more expensive...

Australian women misappropriated 30 public funds and went to jail, but netizens said that the jail was too worthwhile

This Lorikeet did what many people wanted to do but did not do, and it also alarmed other governments!

It's up again! 2018 Melbourne school district housing price map, the highest is actually 41 more expensive than the next street

I am so surprised! Australian Chinese warned, run around as little as possible! Sydney and Melbourne have been targeted by ISIS?

10 times in 30 years! The evolutionary history of Melbourne's millionaire district, Australia, I feel a deep excitement after watching it

Want to be rich for three generations? Look over! Melbourne's quality secondary schools