4 deaths in Australia, Lister virus incubation period up to 6 weeks

recent,RockmelonIt has become the most panicking word in Australia.This kind of fruit that does not know why it is infected with a deadly virus,4 lives have been taken! Speaking of Rockmelon, friends living in Melbourne are no strangers at all. Because Australia’s largest producer of Rockmelon is next to us,In Melbourne, any supermarket market that buys fruit will definitely have Rockmelon.

Rockmelon is reticulated melon,Also known as the netted cantaloupe,Many people will directly treat it ascantaloupe. Although the price is not cheap, this kind of reticulated melon, which tastes sweet but not greasy, is very popular, especially when it is discounted in supermarkets, it will be sold out.

In the high summer of February that just passed,The sales of reticulated melons are about to catch up with the big watermelons! But no one thought that on a hot summer day, eating a bite of icy melon would be fatal! At the end of February, the Australian government suddenly announced a shocking news:

"Reticulated melons are recalled across Australia for fear of containing Listeria virus. Two people have died" On the last day of February, almost all the Australian media reported this shocking news: Suddenly, some large supermarkets removed the problematic reticulated melons. After hearing about this, the Australians hurriedly threw the uneaten melons and the half-eaten melons in the refrigerator into the trash... … 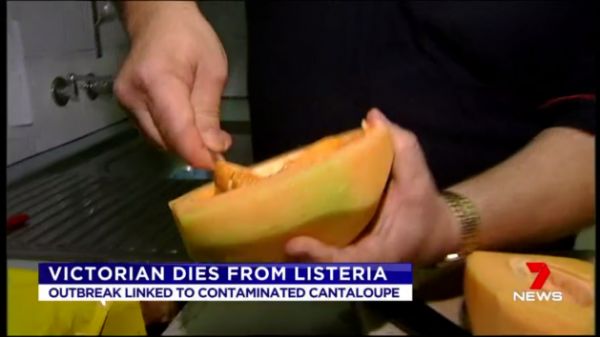 Throw it away, and destroy it. Everyone thought this crisis was over.

Who knows, this is just the beginning!

In the week when the reticulated melon was recalled, the situation not only did not improve, but worsened step by step! Some people have been found in the hospital that they were infected with Listeria virus because of eating reticulated melon!

In less than a week, there were as many as 17 confirmed cases! 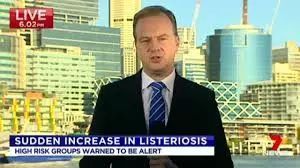 On March 3, another person died of Listeria reticulate virus infection! 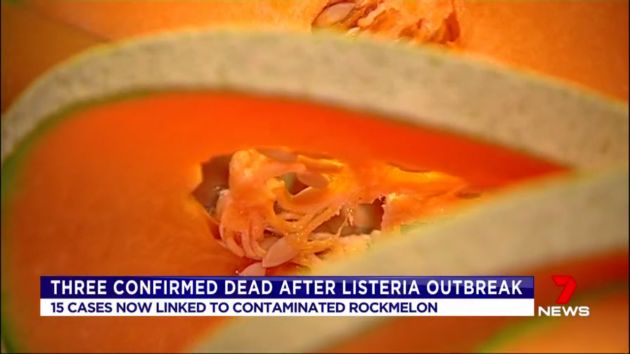 Last week, on March 3th, another case was confirmed to have died from the tragedy of Listeria reticulate virus!

So far, one weekFour people have died of Listeria reticulate virus. What is surprising is that in the latest death case, the deceased died a week ago. At first, the family members of the deceased thought it was just an immune deficiency caused by the flu. It was impossible to think that it was because of eating a piece of sweet net. Pattern melon.

It happened that after learning of the Listeria reticulate virus incident, sensitive family members requested an autopsy. The result of the incident was shocking!

The deceased died from food contaminated with Listeria virus.And the deceased did eat the netted melon bought in the supermarket! This death case could not help but remind everyone of a terrible fact:How many people still have their lives taken by the reticulated melon without knowing how they died until they die!

You know, the Listeria virus in reticulated melon did not start until the end of February.As early as August last year, there was an outbreak of Salmonella scandal in Reticulated Melon. In that test, some people had already noticed signs of Listeria virus, but most consumers did not know it.

The Australian Food Authority has quietly conducted investigations since January, trying to find out where the pollution source is...

Starting in January,The official has realized the seriousness of the situation,Consumers are still buying reticulated melons with the virus.

From August last year to the end of February this year,What have we all gone through...

Recently, the Australian Food Administration and the NSW Department of Health have admitted that the investigation of Listeria virus in reticulated melon has started in January this year. During the period of the investigation, because there was no exact basis, no warning was issued to the public, and netted melons with the virus are also popular in the fruit and vegetable market in Sydney and even Australia.

So unaware consumers,At least I have bought viral melons for more than a month. A spokesperson for the Food Administration said that the investigation was a very complicated and long process. They collected 500 samples from the market and used the most advanced molecular technology and gene sequencing technology to compare melons and patients.It was finally found that the contaminated netted melon came from the Nericon farm in Riverina, NSW.

ABC News provided an interview recording about the investigation

The Nericon farm did not know that it had caused so many lives. The night before it was officially notified, freshly picked netted melons were packed in full swing and shipped to Sydney and even Melbourne, as well as Victoria and Queensland. Large supermarket stores in other places...Although Nericon Farm has now voluntarily stopped the sales of all reticulated melons and cooperated with the investigation, the virus reticulated melons that have been confirmed for more than a month have entered thousands of households in Australia... Although this "safe" approach of the Food Administration is procedurally understandable, it actually hurt countless Australians!It is definitely not a month or two for the netted melons on the Nericon farm to be contaminated with Listeria virus. In other words, everyone does not know when they have become victims!

But the virus does not wait for the investigation results to come out and then harm people.In the more than a month that viral melons became popular,I don't know how many people died unfairly. So, when you see the official warning at the end of February, stay away from reticulated melon, this is only the first step. The next thing you need to do is to be alert for dangerous outbreaks!

The longest incubation period of Listeria virus is 6 weeks.

That is,If you have eaten reticulated melon in the past 6 weeks, that is, from mid-January to the end of February, then you still have not escaped the claws of the virus. Listeria virus in your body may break out at any time! 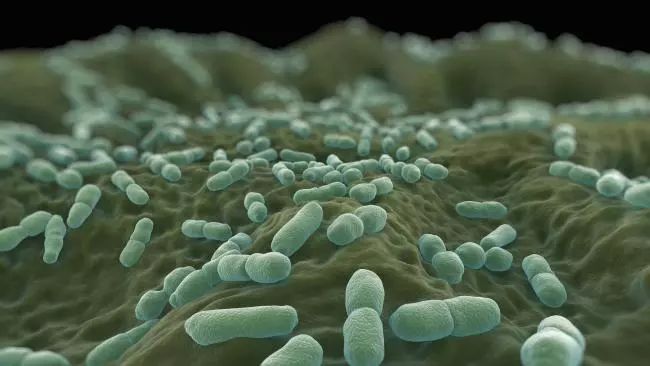 The most hateful thing about Lister virus is that it pretends to be similar to the flu, which also makes many people miss the best treatment period.

At the beginning of the Listeria virus outbreak, you will only feel fever, coldness, muscle aches, nausea, diarrhea, etc., almost similar to flu symptoms.

If you have eaten reticulated melon and you feel unwell recently, don't take it lightly. Just use cold medicine to get rid of it. That will only make you more and more dangerous!

Remember, the incubation period of Listeria virus is as long as 6 weeks! However, after the government issued the warning, there are still people who don’t care too much and are still buying reticulated melons. Therefore, new patients are constantly entering the hospital because of Listeria virus infection...

Please tell the people around you,Compared with eating, life is more important. 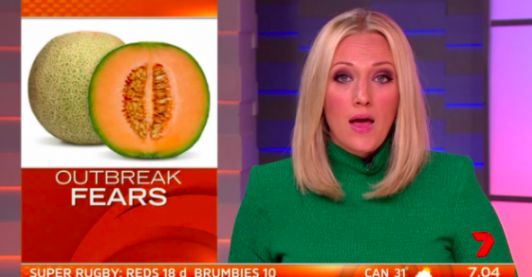 If you don't get timely treatment at the initial stage of the virus infection, then it's time for it to wreak havoc in your body. Lister virus is very dangerous for some people with weaker immunity. Such as the elderly, children, immunodeficiency patients, and pregnant women!The invasion of Listeria virus can cause these people to deteriorate from the initial symptoms similar to influenza to purulent conjunctivitis, convulsions, unconsciousness, meningitis, sepsis, and even death...

For pregnant women, this small virus will directly cause the fetus to abort.Even if a newborn is successfully given birth, the Listeria virus will be transmitted to the newborn through the mother's body, and the newborn's delicate immune system cannot withstand the torture of this virus! 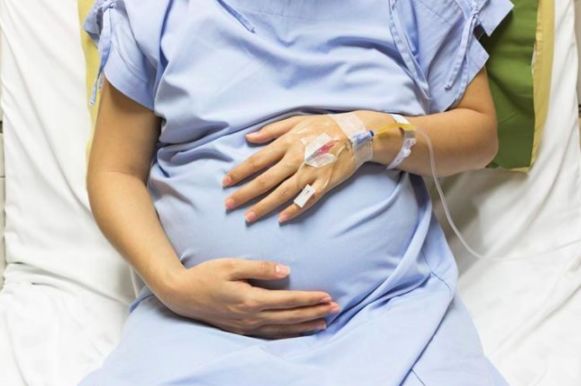 Australian netted melon not only occupies a very important proportion in Australia's domestic fruit and vegetable market, but also a large number of exports to China, New Zealand, Singapore and other countries.

This outbreak of Lister virus,The blow to the netted melon industry is huge.

In order to restore the loss of the netted melon industry, the Food Management Department also endorsed consumers through the media. The netted melons currently on the market should be no problem.

So the reticulated melon is back on the market. However, as a consumer who has been a victim from beginning to end, such a guarantee is a bit too light.

Summer is the most active period of Listeria virus, and Listeria virus is so tenacious that even putting it in the refrigerator cannot inhibit its activity. This terrible virus is spread between fruits and melons through mosquitoes and flies... Although the reticulated melons of the Nericon farm have been recalled, although many innocent melon farmers have been implicated, the news also said that only 1 samples were tested in the investigation in January. There are so many reticulated melons from complex sources in the Australian market. , Who knows if there are any missing fish? Does anyone know if other melons were later implicated?

Consumers who have been kept in the dark for a month,Now I can only protect myself carefully! A woman in Melbourne always hears strange noises in the walls of her home. One day she saw a miraculous scene when she cut through the walls

Please do a soil test before planting vegetables in your own backyard, because one-fifth of Melbourne's planting soil has exceeded the lead!