The plant that had been scolded for 30 days finally died! How terrifying is language?

Although the language is invisible and intangible,

But language itself has tremendous energy.

Do you believe that language can kill people?

At least, it just killed a pot of flowers,

And let the whole world witness,

The terrifying energy of language...

Recently, IKEA in the United Arab Emirates conducted an experiment. The experiment was not eye-catching at first, but the results of the experiment shocked the world...

I was particularly surprised after reading it, because it reflects a potential method of killing (injury) in modern society.

Although this time, it did not kill people.

However, most people may not know in their lifetime that this method can really kill people...

Now, let us take a look at this peculiar experiment "How much energy is human speech?" 》

It happened in IKEA, UAE. They picked two potted plants that looked similar in their shop.

Put the potted plants in a transparent cover and place them on the GEMS campus.

Put the same fertilizer and water on them every day, and get in and out of the sun. 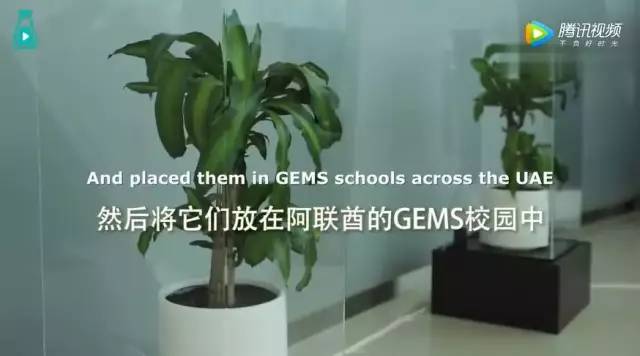 However, we can only say "the same tree has different lives"

If you zoom in, you can see: The pot on the left says "This plant is bullied" 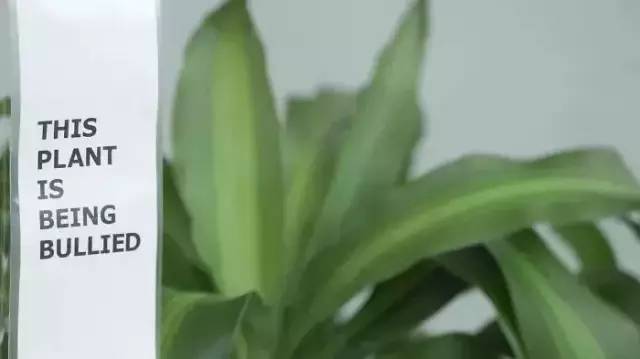 On the right is "This plant was praised"

How do plants bully? Is it possible to fight it again?

Don't think too much, the experiment is not so violent. The so-called "bullying" is to carry out a "language attack" on it

As for this curse, it is also very cruel, but it is the "verbal violence" that we are used to...

"You are a trash, you are useless!"

"You are not green at all!"

"You are not likable at all, what good is it for you!"

"Seriously, are you still alive?"

I feel sorry for this potted plant for a minute...

In comparison, the treatment received by the strain on the right is of the highest level.

The words of "Affirmation", "Praise" and "Praise" are played repeatedly around it every day:

"I am so happy when I see you"

"You are really beautiful!"

"This world changes because of you"

On the one hand, there are verbal insults, and on the other, heart-warming praise and praise. In this way, this experiment continued for 30 days.

The final experimental result can be said to be unexpected, but it is reasonable.

The plant on the left that had been humiliated for 30 days was alive and "withered".

And the one on the right that praises every day, it looks good and green.

Enough to see: how terrifying the power of language!

Even children have realized a truth: if plants can be affected, so will people! And, maybe it will be more affected!

According to statistics, about 2.46 million children and young people suffer from language violence and bullying each year.

But language violence and bullying are not just on campus! It may surround us everywhere.

Sometimes, it only takes a word to break a person.

And if the hurt is spoken from the mouth of a loved one, the hurt is likely to be devastating.

Under the attack of language violence, many children choose to self-harm and commit suicide.

Someone on Zhihu asked: What is the experience of being scolded by parents to commit suicide?

There is an answer: When I was so sad that I was crying to collapse, my parents looked at me and said, what are the nerves?

The despair in my heart is unimaginable.

Some children will choose to harm others, and then ruin their lives...

According to a survey, more than 60% of young offenders have suffered verbal abuse from their parents.

An educational video called "How much harm can language violence cause" is shocking.

Six juvenile offenders in the detention center told their stories:

My parents divorced when I was 12 years old, and my mother scolded me every day and often asked me to die. My parents say that I am useless every day, saying that I am a trash.

Mental abuse in childhood is an important reason for these juvenile crimes.

Children who are constantly humiliated, denied, sarcasm, sarcasm, and scorn have a big hole in their hearts, full of dilapidated souls, forcing them to vent their trauma and humiliation in extreme ways.

Scientists have discovered that stressful language damage can cause permanent changes in the developing brain. The human body and cells have memories.

The impact of those negative emotions and memories is far greater than imagined. But how many parents, because they can't control their emotions, often scold and insult their children, but say that it is because I love you.

There is a good-sounding sentence called: beating is pro, curse is love.

Your mouth is full of love, but your face is hideous!

As the saying goes: a good word is three winter warmth, and a bad word is September frost.

Language has strong vibrations, especially when we speak when we are angry and resentful, with strong energy, through negative vibrations, the results are often unexpected.

The poet Angelo also talked about the power of language. She said:
Words are like little energy bullets, shot into the realm of life invisible to the naked eye. Although we can't see words, they become a kind of energy, which fills the room, family, environment and our hearts.

It shows that language is alive,
It has the ability to create and destroy.

Words are like little energy bullets, shot into the realm of life invisible to the naked eye. Although we can't see words, they become a kind of energy, which fills the room, family, environment and our hearts.

It shows that language is alive,
It has the ability to create and destroy.

Many parents will transmit their negative emotions to their children, making them slaves and victims of their own emotions.

Many couples also turn negative emotions into words to attack each other. If things go on like this, the whole family relationship will be in a mess.

Therefore, what we need to do now is to change our thoughts and lives by changing the language.

The power of language and the law of attraction

Thought has energy, and language is sound thought, so language has a strong vibration.

When we speak some negative energy language, you are already emitting vibrations. More clearly, you are attracting events from the same channel. This is why the crow's mouth is so effective.

In the same way, when we praise a person, we will attract more beauty to us.

We must constantly learn to use the power of language,
To create the beauty in life.

When we are in a state of appreciating each other inside,
When we praise from the heart,

Our entire inner world,
There will be corresponding changes,
Get a huge healing power.

On the contrary, bad language and malice,
It will damage the body and mind of oneself and others.

We are the creators of our own destiny, and everything we see externally is the manifestation of our inner world.

The heart is in its place, only in one thought; heaven becomes hell, and hell becomes heaven.

Don't underestimate a small thought, any "thinking of your heart" may change the whole world.

When we begin to look at everything around us with an appreciative eye, our heart is in a state of appreciation, which will provide us with positive energy, and positive energy will allow us to choose a positive life.

What we say will be to sincerely encourage and praise others, so as to form a positive and positive cycle within us.

Treat people around you better

When we treat the people around us, please give us encouragement and praise. You will find that many things start to become different.

I believe you, no problem!

Give it a try, it doesn't matter if you succeed or not!

Do it a few times and it will get better and better!

Now that you think it over, I support you!

I respect your choice.

I know how you feel, and I have experienced it.

If you want to cry, don't hold back, cry for a while!

4. Hand over the right to choose and decide

This matter, you can decide.

I love you, but don't like you doing it.

If you are more patient, I believe this thing will be better!

In family or career, the above five suggestions can be applied to couples, children's education, and friends and colleagues communication.

If you want to ruin a person, you can criticize, judge, and deny TA as much as you want;

If you really love someone, please let the words in your mouth stop being a sharp edge on the other person. Use the best language to help him become a better person. bless you.

Out of control scene!! The worst milk powder shortage in Australian history?? A large number of Chinese crowded in front of the Melbourne supermarket, the reason behind it is frightening...

The 6 professions that are easiest to get PR, but no one cares about them! This occupation quota is 1.73! Only 413 applicants! Australia urgently needs 12.8 skilled immigrants!