There is never a lack of justice and goodwill!

They did not hesitate to jump into the ice pool to save people,

All the children are saved!

When the two brothers were interviewed by the media,

Even more demonstrated by them

Shocked by the "Australian Spirit"!

Australian male model went into the water to save life

Contrary to the summer in Australia, New York is now shrouded in freezing winter.

A thin layer of ice has formed on the lake in the park, and a lot of snow has also been covered on the ice.

Relax on a skateboard in the park.

Suddenly, there was a loud noise on the lake not far away, followed byI heard the child's cry for help.

Ethan and Bennett immediately got off the skateboard and exchanged glances with each other immediatelyRun towards the lake.

I saw on the lake,7 children are struggling in painIn the ice cave...

It turned out that this group of 10-16 year old children ran out to the lake to play because of their playfulness.

I thought the lake was very solid, but I didn't expect it to be just a thin layer of ice.

The accident happened so suddenly!

Seeing the sight in front of me, Ethan and BennettJumped down the river without hesitation.

When the children saw the "Savior", they instinctively pulled Ethan and Bennett's bodies.

Not only do their bodies have to resistRapid loss of body temperature.

The dying children must also be smoothly transferred to the shore.

When the first child was rescued, the two found a ladder on the shore.

Just like that, two Australian guysOne grabs the ladder, the other goes into the water to save people.

Pull the children out of the water one by one....

But just as the last child was saved, the crisis worsened again...

Because of the long time in the water, the last childLost consciousness and sank into the lake.

Fortunately, the two of them have a sharp eyeGrabbed the child's schoolbag, The joint force pulled him out of the water abruptly...

When rescuers arrived at the scene,All 7 children were rescued safely!

Except for a few of them who need to be hospitalized because of low temperature, the others are fine.

If it weren't for Ethan and Bennett's courageous actions, it would be hard to imagine!

Become a hero in the eyes of the world.

"These two Australians are true heroes.

Many people were amazed by the handsome appearance of the two guys!

It turns out that both of them are engaged in modeling work!

It seems that there is no reason for Xiangyuxin

Faced with the media describing them as "heroes", Ethan and Bennett laughed.

We are just at the right time,

Appeared in the right place. "

They are all spokespersons of the "Australian Spirit"

Yes, Australians are so friendly and lovely,

They are willing to help and never care about returns.

The "Australian spirit" flowing in my bones...

Saving the world more than once,

In 2018, Australian doctor Dr Richard Harry is undoubtedly a hero in the eyes of the world!

But unfortunately, he won the world, but ultimately lost to fate...

When it was learned that Thai children were trapped in the cave and the rescue progress was stagnant...

Dr Harry, who has 30 years of professional diving experience, took time off and flew for reinforcements without hesitation.

Dr Harry has conquered all dangerous waters in the world and is also a well-known diving master.

But after I came to Thailand, I was still worried about the severity of the situation.

After arriving at the scene, the 53-year-old Dr Harry immediately joined the rescue work.

With professional equipment on his back, he sneaked into the cave for the first time to check on the children.

When Dr Harry saw the children's situation, he immediately realized that he couldn't delay any longer.

Some children are already very weak.

He immediately dived out of the cave and gave professional advice to the rescue team who was guarding outside... 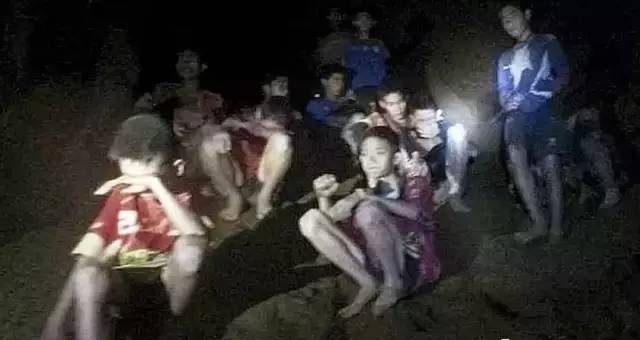 After days and nights of fighting,

The trapped children who affected countless people around the world were all sent out of the cave.

As the greatest hero of the rescue success, he greeted the cheers and applause of everyone present.At this moment he is...

But when he had just completed an almost impossible task!

When this man heard that the 13 children were in danger and immediately put aside all work and rushed to Thailand to fight for his life.

His father failed to fight the illness and passed away. 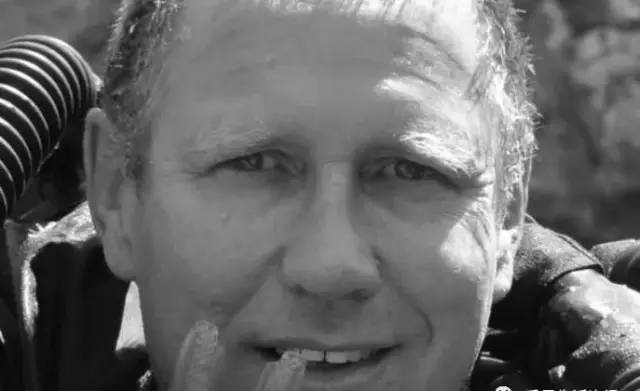 There are always some Australians who have never met before, and we are deeply moved.

Thank you, dear kind people, for your perseverance and giving these young people a second life.

Superheroes are always by our side. They don't wear capes, but they move you and me silently.

With the rapid development of science and technology, marine pollution has become more and more serious,

How to deal with marine garbage is imminent.

Even New Zealand, known as "the last pure land in the world",

Nor can it escape the fate of the ocean being polluted by plastic garbage.

But overnight, the residents living in Old Portsmouth in England were surprised to find that

The cool and clear ocean a dozen years ago is back!

Take a closer look, suddenly a "blood basin mouth" grew on the sea.

The garbage on the sea is continuously sucked into a "black hole"!

This magical device is like a big stomach king with an amazing appetite.

In just 24 hours, with my own strength, magically cleaned the nearby ocean...

So! Have! garbage! Rubbish!

After collecting the garbage, you can take out the liner and discard the garbage.

Such a powerful invention must have come from an inventor, right?

But you must be surprised!

The inventor of this marine garbage cleaner called Seabin,

They are two ordinary Australian youths-Pete Ceglinski and Andrew Turton.

And the original intention that prompted the two to invent this artifact,

It is the increasing amount of marine debris in the Australian waters that makes their surfing fun greatly reduced.

In this way, the two Australian boys not only helped countries solve marine pollution,

His name is James Harrison,

This is the 1173th blood donation in his life.

It was the last time to donate blood.

In Australia once, at least several thousand babies died of hemolysis every year.

Occasionally, the doctor discovered a rare antibody in his blood, which can protect the baby from attack.

Use his blood to extract a vaccine.

The old man at the time, without even thinking about it, agreed.

So, from the age of 14, he must donate blood every two weeks regardless of wind or rain.

And all this is unpaid.

This persistence has been 60 years, and his blood has saved the lives of more than 240 million babies.

Because of the father's blood, Australia became one of the first countries to use this antibody. 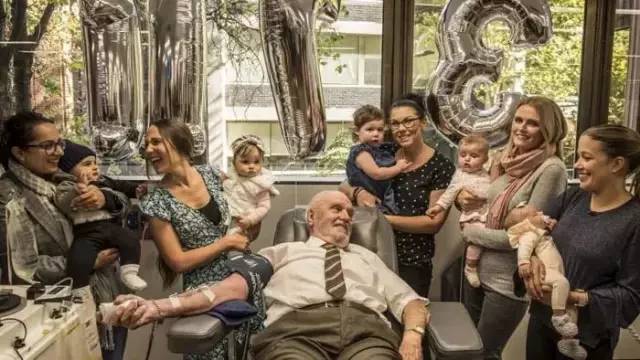 During these 60 years, James paid special attention to his health.

Don't dare to eat anything indiscriminately, for fear of delaying blood donation due to illness.

The government awarded him a medal, and everyone said he was a hero.

But he always smiled and waved his hand, and said modestly:

"This is just what I should do,

But gradually, James was getting old, so old that there were problems with every function of his body.

For his health, the medical center forbids him to donate blood.

So this time, it was the last time he was lying on the blood donation chair.

For so many years, the grandfather has not told others that he is actually dizzy.

Every time he donated blood, he never dared to look around.

This kind of fear, once every two weeks, he willingly endured for 60 years.

Thinking of not being able to do more for others in the future, James was somewhat depressed.

He said: "As long as the hospital agrees and I am in need, I will continue to donate blood."

Not all superheroes wear capes and armor,

They may be ordinary,

But willing to use my limited strength to do my best,

They have a great heart,

Stand up without hesitation at the moment of being needed,

In Australia, there are many such people.

This world is full of too many accidents and helplessness...

This world is full of so much cruelty and sadness...

Always in your own way

Make the world a little warmer.

When you are frustrated,

When you are alone and helpless,

When you are exhausted and want to give up

Gives you the courage and hope to continue living.

May you have a soft heart and a hard shell,

I hope you and I can be tenderly loved by this world...

"Why do we Australians drink Chinese mineral water? The Australian Open drinking water sponsor Baisuishan is a bit wronged?