The exterior wall structure of a commercial building has moved!

Where you work in the buildingThe man James Felix said:

"At that time, the evacuation alarm sounded and everyone evacuated from the fire escape, but everyone did not know what happened."

"This building makes their office very inconvenient. The building was closed for two weeks when the flood happened before, and now this has happened again! Our company plans to work elsewhere tomorrow."

In the building that dayMore than 150 employees have been evacuated,

Emergency rescuers arrived in time and cameAssess the condition of the building. At the same time, the Suncorp BuildingNearby

People from three properties and buildings were also evacuated.

It is understood thatAmbulances and fire rescue personnel are on the scene,

But he left shortly after 3pm.

Parliamentary engineers and police are still at Suncorp’s scene, From the picture belowcan be seen,

Concrete beams on the outside of the building,

Offset by at least 15 cm 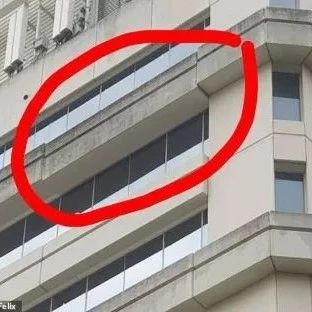 Australia's housing prices have fallen and worsened, and the total residential value has evaporated another 1331 billion! Super financial crisis period!