Behind the "show off wealth" in the circle of friends: the tragedy of life starts with these two words

(Louis Ng), Wu Qiyang Health Medicine 0 0
Psychologist Adler once said: Our troubles and pain are not the matter itself, but because of our ideas on these things.
Take it seriously.
In this weird and bizarre world, it is not easy to live life like clouds and water.
The tiredness of life is half from survival and half from comparison. One's confidence is not obtained by comparison
A psychology expert once listed the 10 characteristics of a person "not living to understand", one of which is: comparison.
I don't know when the "comparison" trend prevailed in the circle of friends.
You show a three-bedroom house, I must show a single-family villa, you take your children domestic tours, I must take your children abroad, anything can be compared.
If you don't have capital, the industry chain that emerged from the circle of friends to show off your wealth can also let you show off in the circle of friends.
It only takes 6 yuan to be a rich man and 10 yuan to become a beauty.

Behind the bustling and bustling city is a group of boring people fighting in secret. In a game where there is no winning or losing, the fight is dead and dead. As everyone knows, a person's confidence is never obtained by comparison.
Huang Han, the guest of "If You Are the One", once said:I can afford apples, so I don’t care if people say I use Xiaomi.
Take it seriously.
Everyone who has achieved something keeps a very low profile in life, but no one has ever doubted their strength.
Guo Jingjing, who has been married to a wealthy family, has never shown off her fortune on social platforms. Whether she appears or participates in activities on weekdays, her clothes are simple and generous. 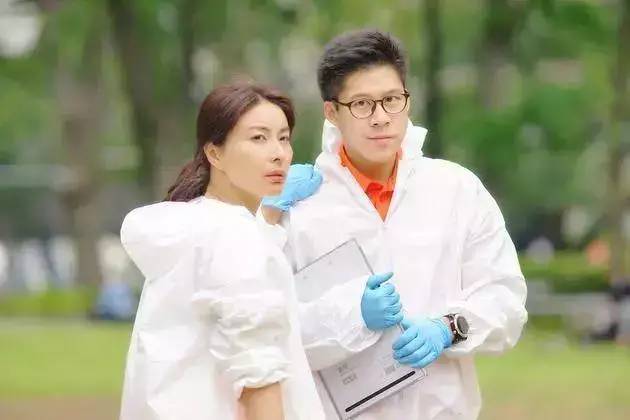 Li Ka-shing has countless wealth, but a suit will be worn for ten or eight years. At least five of his 10 pairs of shoes are old. The watch he wears is only Citizen with a market price of 5 Hong Kong dollars.
One of the ironies of life is that those who are willing to show off and compare are often shallow and unknowing people, while truly powerful people quietly put away their edge.
Just as a hollow ear of wheat always raises its head to the sky, while a full ear of wheat lowers its head to the ground.
People's confidence is given by themselves, and the short-term superiority of comparison will only increase desire and vanity.
If one day, you no longer want to save face, just do it; you no longer envy and envy other people’s wealth, just to improve yourself; you no longer read for comparison, just start to cultivate your own temperament, your life will be real Start.

Comparison is the poison of life
There is a bird in South America called the kingfisher. Although it is small, it builds a nest for itself several times, or even ten times, the body.
The scientist was very curious, so he put the kingfisher in a large cage. The bird only built a nest that could fit his body, and stopped work.
But when the scientist put another bird in the cage, the bird that had stopped work started building a nest again. In the next few days, both birds were building their nests frantically. Within a few days, the first bird sent in was exhausted, and the next bird immediately stopped building the nest.
The scholar immediately caught another bird and placed it in a cage, and the same phenomenon occurred.
After analysis and research, the scientists originally discovered thatThe reason why Tsuibo bird is so busy is comparison.
How about people who are smarter than birds?
The cousin originally had a happy little home, and she can be regarded as a model family in the community.
But until the cousin saw that the newly moved neighbor was driving a multi-million sports car and carrying a limited edition bag, all of which deeply hurt her nerves.
Since she was a child, she has refused to admit defeat, ignoring her monthly salary and mortgage of several thousand yuan, unscrupulously swiping credit card for shopping spree, just to be undefeated while chatting with that new neighbor.
Smart as her, ridiculous as her.
The price of frantically using the credit card was to use the house as a mortgage, and her husband could not bear the vanity, so she filed for divorce.
Li Siyuan said in "Life Needs a Sense of Ritual":
People who truly have a quality life never compare with others, but with themselves. They can always present an open-minded and optimistic mental outlook under limited conditions, constantly enriching their knowledge and soul.
People who live well understand that comparing with others is like an ugly performance on stage, and in the end it can only become a laughing stock of others.
In a WeChat group of parents of elementary school students, one parent first complained that it was too tired to buy clothes for their children, and then another parent agreed to accompany their children to have a haircut. 300 yuan per time was too boring, and then another parent said that they bought their children in the United States. Thirty thousand toys have not arrived yet.
It was not until the last parent made a speech that he and his children's things were bought online, and the group was quiet.
Revealing one's wealth intentionally or unconsciously in the group is nothing more than trying to make oneself look worthy. But the weak care about face, the strong pay more attention to lining.
The most important practice of human beings is to cultivate the mind, not external matter.
When the void inside is not worthy of the glamorous self on the top, what awaits him must be disaster.

The biggest enemy of happiness is comparison
The People's Daily has summarized a series of questions and answers that make people suddenly enlightened.
One of the problems is:What kind of people live the happiest life?People who don't compare.
indeed so.
Bai Yansong wrote in "Why Are You Always Unhappy":
"Comparing has become a habit, and naturally unhappy. When others have what they don't have, they have to work hard to own it. If you have it, it is good to be happy. The most feared is that after you have it, you will find that others have reached a new level, which will increase your troubles.
Not to mention that there are some things that people can't have in their entire life. When people are not after happiness, but happier than others, happiness is far away from us. "
The reason why many people are unhappy is not because of their unsatisfactory life, but because they don't see others living better than themselves.
At the class reunion, seeing people who were not as good as them in the past are living well now, they stayed up all night and went home during the New Year. They were sulking because of who drove better and who had bigger red envelopes.
There was once a speech called "Morpanbi", which resonated with many people.
In this life, people will inevitably be compared. When they were young, they were better than studying, growing up than working, and older than children.
We can't decide what other people do, we can only constantly modify our own heart, compare it with positive things, and compare ourselves with the past.
Just as the video said: Five hundred miles of Dianchi, rushing to the bottom of his eyes, he can compare with him; look at China with a smile, thousands of years of wind and rain, live by himself.
Happiness is very precious, and the most direct way to destroy happiness is to compare.
A lifetime is nothing more than XNUMX days, the four seasons of the year, and it is fleeting. Instead of spending time and effort to compare with others, it is better to keep your inner peace and grasp the happiness of the moment.
And
Marshall Luxemburg once said in "Nonviolent Communication":
"Comparing with others is the beginning of a miserable life. In comparing with others, many people lose their confidence and courage to live, and even give rise to envy, jealousy and hatred."
Everyone is in a different situation. Mountains have the height of mountains, and the sea has the depth of the sea. Everyone has their own strengths and there is no need to compare them.
A happy life starts with no comparison.

Father-in-law was a vice governor. Why did Huawei President Ren Zhengfei divorce?