The panic before the pandemic

The new crown virus is slowly being brought under control in China, because it can be seen from Sina's real-time epidemic update that, except for the increase in the number of people in Wuhan by more than 100 a day, the number of new people in other regions is basically close to zero. Such isolation and control measures can only be perfectly implemented under the Chinese system. Let's look at South Korea and Europe (represented by Italy) with different systems. The new crown virus is spreading globally. South Korea is a cult and they don’t listen at all. They also thought of spreading the virus everywhere and letting their gods occupy the whole world. Since a carnival in Nice, France, the number of infections in Europe has risen rapidly. I remember that many people attended the Carnival in Nice at that time. This is what people say: "There is only one life. Let us have fun. What are we afraid of the virus? We brought antiseptic hand sanitizer." Europeans refused to wear masks. In Italy, a congressman who wore a mask was ridiculed:

In Switzerland, a female parliamentarian wore a mask and was driven out of parliament:

In Iran, even the president is quarantined, and the vice president and various ministers are infected with the virus. It is simply a one-shot posture. The United States no longer needs to use force against Iran.

In Australia, in London, and in Italy, Asians wear masks on the streets, and there are frequent cases of beatings by local rascals. The Italians also protested against isolation and wanted freedom! At this critical moment, the shortcomings of the Western democratic system appeared. I am not saying that the democratic system is not good. In times of crisis, some central ruling mechanism is still needed. Therefore, many western countries also have wartime emergency systems. But in an emergency, huge losses are caused.

In this regard, I think the Australian government is still very wise. They understand the nature of its ancestors Europeans. So when an epidemic occurs in Europe, Australian government officials, prime ministers, and health ministers who were optimistic about the epidemic, come here all at once. A 180-degree turn indicates that a global outbreak is inevitable. You see, when the epidemic broke out in China, they blocked China, but seeing the development of the epidemic in China, they became very confident. A group of people also went to many restaurants in the Chinese district to eat, boosting everyone's morale. When the outbreak occurs in Italy, they will be different. Think about it, how can the Australian government and Europe be cut off? Isolation from China has already caused them great economic losses, and now they are not always isolated from the world, right?

When people died, the number of infected cases in countries other than China finally rose like a rocket. People are finally nervous, especially some authoritative voices, hoping that everyone will stock up on food and daily necessities for 2 weeks, so people go from one extreme to another. Start hoarding frantically. Someone from my wife in her WeChat group started discussing hoarding rice and water. I understand you hoarding rice, but what about water? An old Chinese lady told me sternly: "There are more than XNUMX international students detouring to Australia from various countries. It will definitely bring many viruses. Once a major epidemic breaks out, the water here in Australia cannot be drunk, and the water sources here are exposed. In the air, it must be polluted!"

I listened to her so plausibly, I felt that I was so ignorant, the pattern was too young too simple, sometimes naive. . . But then I think about it, the epidemic in Wuhan, China is so severe, I haven't heard that tap water can't be used. Rice is hard to find now. I saw a Chinese aunt in the supermarket who wanted to buy 30 bags of rice at a time. Would this give others a way to survive? So later, when my wife got news from the WeChat group that there was rice, we rushed over to buy 2 bags. We are forced to buy rice and we are running out of food at home. If you don’t buy one more bag, you will be robbed by others. We still made a list. We went to the supermarket for a big shopping on the weekend and bought some flour, noodles and roll paper. I thought it was ridiculous at the time, saying that the aunts in my wife's WeChat group were fine all day long, babbling and being overly anxious. Facts have proved that we are still doing it right.

Next, things in supermarkets such as costoco, woolworth, coles, etc. were snapped up. Everyone had them. Paste, water, and even toilet paper were emptied. I saw an old western man selling a bunch of cat food. I thought to myself: Are you still giving other people's cats a living?

The most exaggerated thing is that Turks and Australians snapped up toilet paper, which made it hard to find a piece of paper. This matter has become a joke on Douyin. 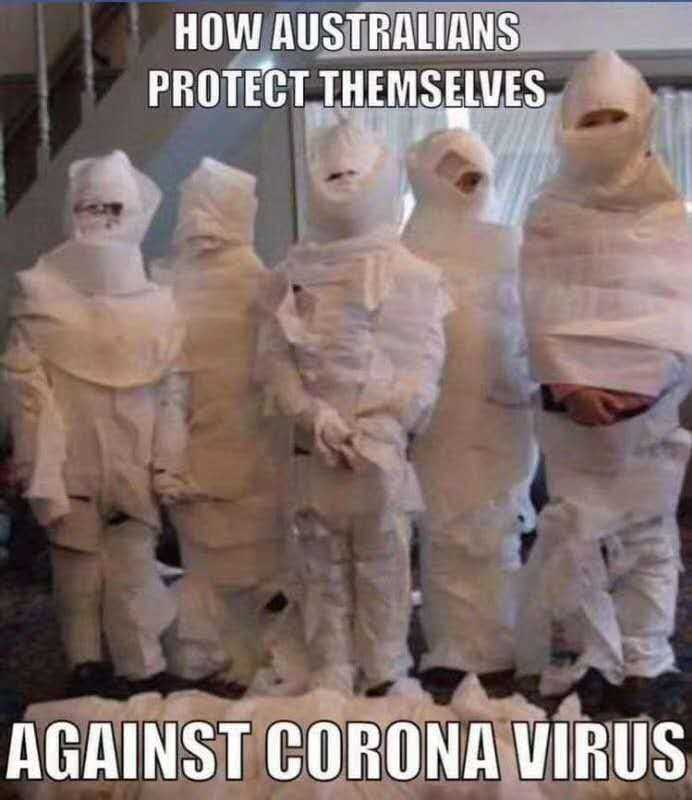 Look at this video again, there are all kinds of people who are snapping up toilet paper. Then what the hostess said, it also reflected the aspirations of many people, that is, if you don’t buy more things, then the things will be bought by the hoarding people. This is also an important reason for many people to follow the trend to buy, such as this hostess , Such as us.

In fact, if there is a very urgent situation, Australia has wartime military control laws and national disaster laws, so no matter how much it is hoarding, it is no use: 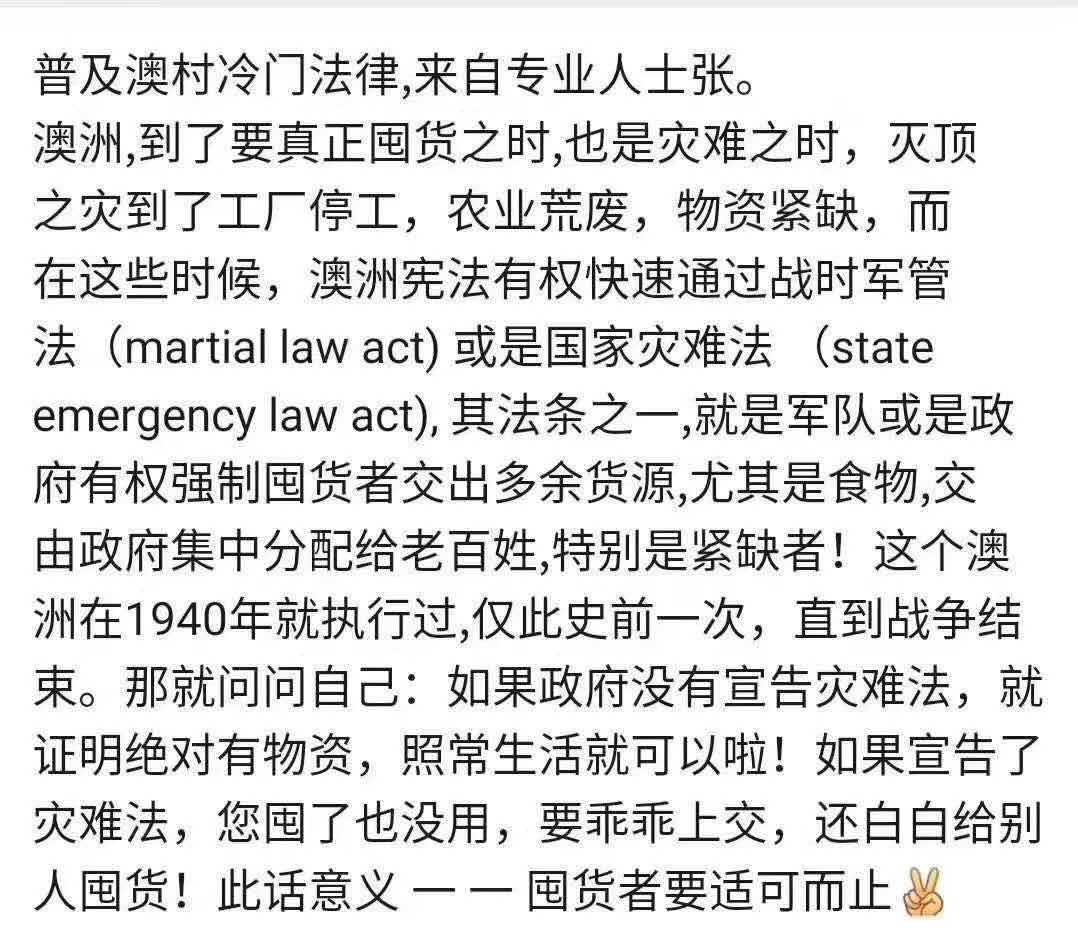 I think that overseas people feel panic, mainly because they have no confidence in the government's ability to control. However, the Turkish and Australian government has already spoken. At that point, all the people must be mobilized. Students will not go to school. Everyone will work at home as much as possible. Schools, gymnasiums, etc. will be requisitioned into temporary hospitals. The CEO of our company recently sent a letter to investigate the possibility of working from home. It seems that if the overseas epidemic continues to evolve in this way, we really have to work from home, and the hoarded food can also play a role.

Looking for a happy way is widening the gap between classes! Should TikTok be turned off?

Discussion on the source of new coronary pneumonia