September 2020, 9, will be a landmark day to enter the history of Chinese chip and semiconductor research and development. After the 15-day buffer period, the US Department of Commerce’s chip upgrade ban on Huawei and its subsidiaries officially took effect. From this day, TSMC, Qualcomm, MediaTek and other companies formally "cut supply" Huawei.

Huawei was forced into the dilemma of "no core available"

At first, under the US government's ban, there was still some room, and the industry also reported that Huawei could buy chips from MediaTek. Huawei itself has thought of some methods. For example, after the "cut supply", Huawei's low-end models can use other chips to replace Kirin chips. In May of this year, SMIC provided Huawei with a low-end mobile phone chip Kirin 5A, which was applied to the Honor Play 710T mobile phone.

In fact, MediaTek, like Huawei HiSilicon, belongs to the Fabless (fabless manufacturing design) category. It is only responsible for the circuit design and sales of the chip. The EDA software, ARM architecture, IP core, and chip manufacturing required by it must be outsourced. It must involve American technology. The same is true for SMIC, which is inseparable from American technology.

Therefore, with the gradual tightening of the ban, Qualcomm, Samsung, SK Hynix, Micron, TSMC, and SMIC have all stated that they will no longer be able to manufacture chips for Huawei.

The new ban cuts off Huawei's path of seeking cooperation with non-US suppliers and directly forces Huawei into the predicament of "no core available". Huawei's consumer business CEO Yu Chengdong also expressed regret at the recent China Information Technology Hundreds Summit that the new generation of 5nm chip Kirin 9000 may become the "out of print" of Huawei's Kirin series of chips.

At present, affected by the chip ban, the channel prices of terminal products equipped with Kirin chips have generally risen. The average price of various models has increased from 100 to 400 yuan. At the same time, there is also a shortage of goods.

This is not the end of the event. At present, Sino-US relations, the global epidemic, and the US election are all in uncertainty. The US government's ban on Huawei will change.

Huawei HiSilicon recently chartered a flight to ship back 1.2 million Kirin and related chips. According to Huawei's official 2020 mobile phone sales forecast data, even if the sales of high-end phones are suspended in the future, this batch of 1.2 million chip products can maintain its smart phone products for more than half a year. During this buffer period, Huawei strives for the relaxation of the ban on the one hand, while waiting for changes in the major situation on the other.

Huawei has few good solutions in the short term

However, you may wish to predict in advance what will happen if the ban continues and how Huawei will respond.

One idea is to replace imports with domestic products, that is, use low-performance parallels to replace high-performance, and use old processes to replace new ones. For example, Ni Guangnan, an academician of the Chinese Academy of Engineering, revealed to the media that the "Chinese System" also includes servers, databases, and storage. The database software has original core technology that can aggregate hundreds or thousands of low-end CPU chips into a larger one. , Unified super computing power, "This technology is unique to China, and there is no similar technology in foreign countries.

For users, it is no different from using traditional foreign systems, and even runs faster, but in fact, the system uses a large number of low-end CPUs, including domestic CPU chips that are not the latest technology, or a few years ago Old Intel chips. "

From a technical point of view, a chip with a super-intensive load will itself be damaged. In fact, after foreign servers have been used for a period of time, even if these chips are not broken, they will be replaced to prevent errors.

Moreover, it should be noted that this kind of substitution can only be used in the field of national economy and people's livelihood regardless of cost. These fields have a distinctive feature, that is, there is little demand and no market competition. For example, even if there are performance requirements, the performance requirements are not gradually pushed up, or there is no cost constraint, or there is no cost-effective constraint.

These areas are similar to satellites and missiles. In these areas, China's independence has been developing well. There is no market competition for the results of this kind of research and development. We did not sell any of them, which was considered a success.

But the mobile phone does not work. The competition in the consumer electronics market is very fierce, and it can be described as a thousand miles away, especially in the mobile phone market. In the past few years, new products have been released every year, and the winners are just a little better. This kind of replacement will inevitably lead to no market competitiveness if the mobile phone has major defects in performance, size, and battery life. What's more, Huawei needs tens of millions of chips at every turn, and it is not feasible to replace them with old ones. Therefore, there is almost no good way to deal with such sudden strategic difficulties as global chip supply cut off in the short term.

Other domestic brands will get great development opportunities

At the same time, we must pay attention to the fact that the US's cut-off of Huawei is not cut off to all Chinese mobile phone manufacturers. Xiaomi, VIVO, OPPO, and ZTE can all be supplied normally.

However, these companies cannot help Huawei.

After ZTE encountered US sanctions, someone once said that Huawei's chips could be used by ZTE. In fact, Huawei's chips are under the control of a series of protocols, and they cannot be given to whomever they want. Today, everyone understands this situation. Therefore, just as SMIC is a Chinese company, but it must also abide by the policies of the United States, these companies are also helpless to Huawei.

In fact, these companies will have great strategic opportunities.

But objectively speaking, manufacturers such as Xiaomi, OPPO, and VIVO have indeed obtained great strategic opportunities. Whether it is Huawei putting a stop here, or continuing to get some low-end chips and produce some low-end mobile phones, other domestic manufacturers will replace Huawei. However, they may not be able to stand in Huawei's current industrial chain position.

Manufacturers such as Xiaomi and OPPO can get chip supply from Qualcomm and MediaTek, as well as software support from Google. Relying on overseas technology systems, these brands can produce high-end products, and low-end products are more cost-effective.

This feature is determined by the scale effect of technology products. According to the data of the European smartphone market in the second quarter of this year released by the market research agency Counterpoint, the share of Xiaomi and OPPO in this market has doubled, while Huawei’s share in this market has fallen sharply. It seems that Xiaomi and OPPO are filling Huawei’s mobile phones in Europe. Vacancies left by the market.

In addition, in the domestic market, consumers facing brands such as Xiaomi and OPPO are all domestic brands, and consumers will naturally choose higher-performance and cost-effective ones. Huawei products will lack cost performance.

When other mobile phone manufacturers open up to a greater degree, it must mean that they quickly gain technological advantages over Huawei. Emotionally, this may be difficult to accept, but from the perspective of China's market economy and technological progress, it may be the worst result. 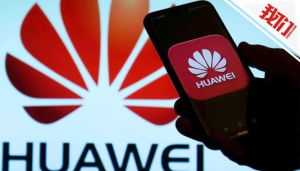 Huawei can still continue, just wait for the opportunity

Even as a mobile phone brand, Huawei was ultimately unable to support it under the weight of the US government's ban, but as a supplier of mobile phone components, Huawei can still survive.

For example, Huawei has now started a screen driver chip project and has formulated a series of new projects to be developed. It will even be able to reduce dimensionality to drive cars or OLEDs, and develop other mobile phone peripheral products such as laptops and tablets.

In addition, Hongmeng has placed great hopes on the possible transformation of Huawei in the future. Recently, Huawei officially released Hongmeng System 2.0. Yu Chengdong also announced that in December this year, the beta version of Hongmeng OS will be released for domestic developers, and Huawei mobile phones will fully support Hongmeng OS 12 next year.

At the same time, under constant pressure from the US government, Huawei's own HMS ecosystem has gradually taken shape, providing the foundation for future mobile phones equipped with the Hongmeng system. As a plan B of other manufacturers, Hongmeng can also survive.

In terms of 5G, Huawei's annual base station shipments are around hundreds of thousands. Many chips are crafted at 28 nanometers and above, and manufacturers such as Intel have also obtained US shipment permits. Currently, 7-nanometer chips and spare parts are adequately stocked at the base station, which is expected to support business development for several years.

Of course, the above assumption is only the worst case and may not happen. Huawei's withdrawal will cause the entire mobile phone industry chain to lose efficiency, which also means that the ban may still be lifted in the future, or partly lifted.

Currently, Huawei's chip inventory is sufficient to support it until early next year. Now, Huawei needs to wait for changes in the international situation and the domestic situation in the United States.

Huawei has not given up its efforts

In fact, Huawei did not give up its efforts under the "cut-off".

"Don't stop, don't pause, work together!" At the 2020 Huawei Developer Conference, Huawei sent a positive signal with such an opening statement.

On September 9, Huawei's Xinsheng Community released a summary of the meeting between Huawei's rotating chairman Guo Ping and new employees entitled "Don't waste an opportunity in a crisis". At the chip level, Guo Ping said, “For us, we will continue to invest in HiSilicon, and at the same time, we will help our front-end partners to improve and build our own capabilities. I believe we will have a stronger HiSilicon in a few years. ."

It is reported that Huawei has launched a project called "Nanniwan". This project aims to avoid the application of American technology in the process of manufacturing end products.

In this "darkest moment", Huawei's efforts will not be in vain.

[Emergency] The White House requests the immediate execution of the WeChat ban: the deadline is October 10st